Get lost in these steamy stories of modern love. 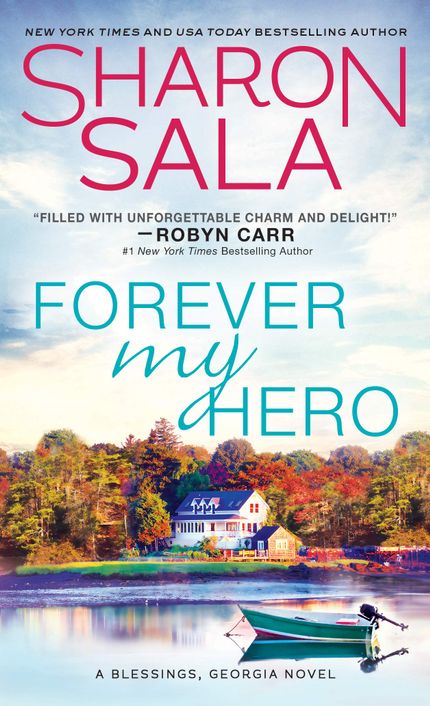 This seventh book in Sharon Sala's emotional Blessings, Georgia series is also the perfect standalone Southern read. Alice and Dan are two Blessings loners whose lives haven't turned out the way they expected. Widowed Alice never found the love she wanted in her marriage. Dan is still grieving his wife and son, who were killed in a tragic accident.

Neither Alice nor Dan believes they deserve to love again — but when the pair have to seek shelter together during a hurricane, they realize love may have found them regardless.

RELATED: 7 Captivating Sharon Sala Books That Will Leave You Breathless 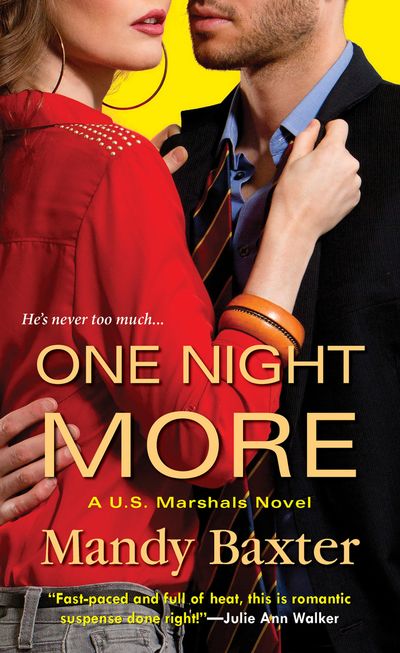 One year ago, there was an attempt on journalist Harper Allen's life. It was thwarted at the last minute by a sexy stranger who insisted on remaining anonymous...even after the pair shared a red-hot one-night stand. Now, Harper and her rescuer, U.S. Marshal Galen Kelly, have been reunited.

Galen is tasked with protecting Harper from a senator's assassin — and to keep her safe, he needs to pretend their night of passion never happened. A steamy romantic suspense story, One Night More will have you craving a U.S. Marshal of your very own. 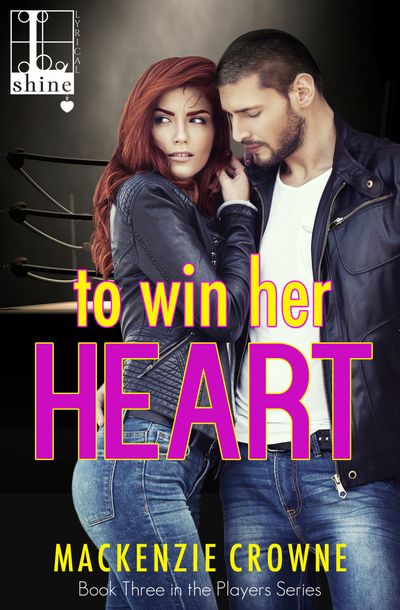 To Win Her Heart

Country star Jessi Tucker has a stalker. She's not too concerned — but her family is. Jessi is fed up with the constant supervision the men in her life insist on giving her, particularly her cousin, football star Tuck Tucker. Determined to make the best of a frustrating situation, she recruits Tuck's sexy friend Max, a professional cage fighter, for the role of her bodyguard.

Little does Jessi know, Max has been harboring an intense attraction to her for years — but now that duty compels him to spend nearly every waking minute with Jessi, he's honor-bound to ignore his feelings for her and focus on keeping her safe.

To Win Her Heart

Named on several 2017 best romance lists, Christina Lauren’s sweet and sexy romance between two Hollywood agents is also very timely: the heroine, Evie, has to deal with a sexist boss as she competes for the same job with fellow agent Carter—the guy she’s been dating.

The two ambitious agents have undeniable chemistry, but the merger of their two firms threatens to drive a wedge between the couple, particularly when Carter can't recognize the way in which their boss is manipulating them.

Equal parts hilarious pranks and steamy romance, you can't help but root for Carter and Evie in this contemporary romance novel. As they say: all's fair in love and work.

Craving more romance? No need to beg. Sign up for our newsletter to get steamy reads delivered straight to your inbox. 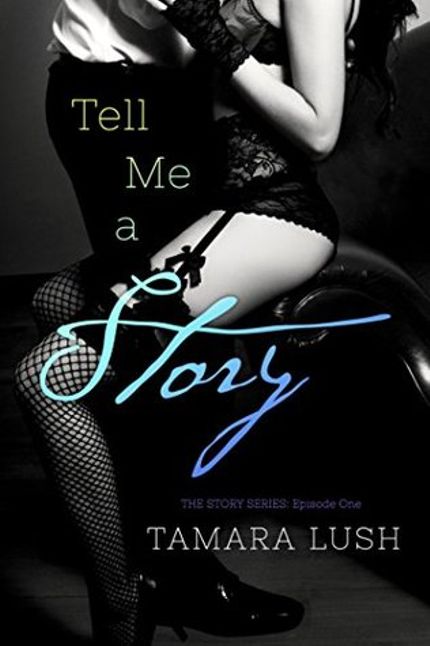 Tell Me a Story

Caleb comes to Emma with a deliciously dirty proposition: a session in a private cabana. Their romance is dramatic and passionate, and the story has one huge twist in the middle you won’t believe.

RELATED: 10 of the Best Podcasts for Romance Readers

Tell Me a Story 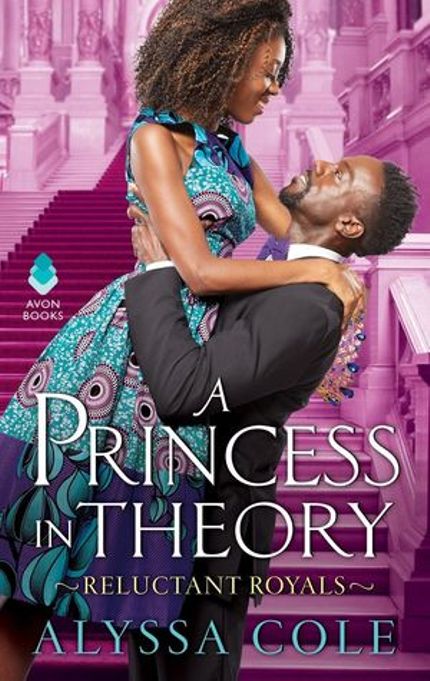 A Princess in Theory

Alyssa Cole’s latest novel centers on Naledi, a grad student who constantly keeps people at arm's length due to her orphan past. We also meet Thabiso, the heir to the throne in Thesolo, an African country. Though they seem to come from different worlds, they can’t help falling for one another.

It’s a setup that makes the plot twist—Naledi is unaware that she was betrothed to Thabiso when she was a toddler—all the more enjoyable.

A Princess in Theory 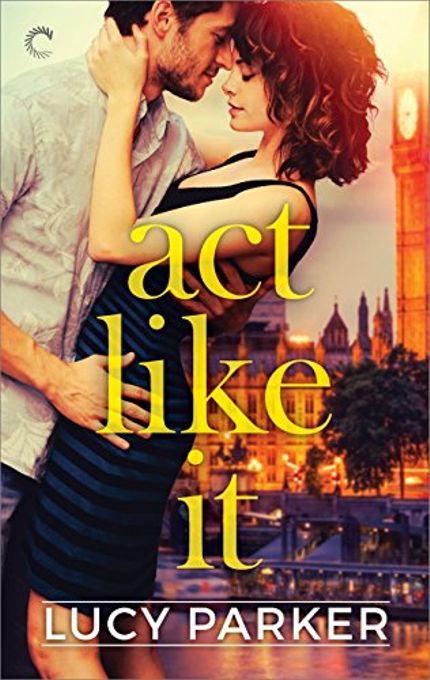 If you're looking for a fun contemporary romance novel, look no further! This story follows stage actors Richard Troy and Lainie Graham, whose management teams have suggested they fake a romantic relationship for publicity.

But what happens when they start playing their off-stage roles too well? A bad boy and a sweetheart...seems like opposites do attract. 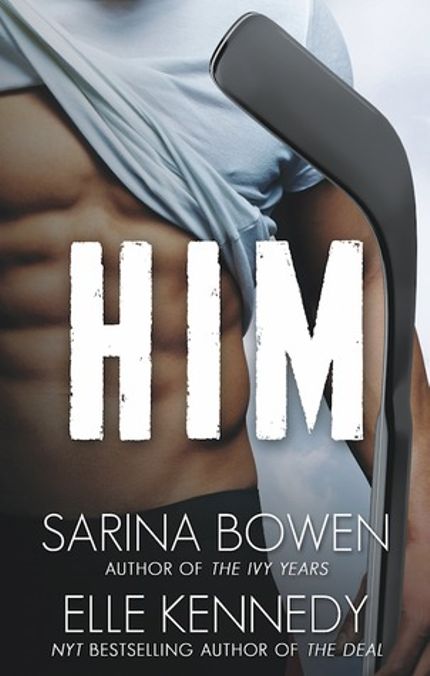 By Sarina Bowen and Elle Kennedy

A winner of a 2016 RITA award and a great pick for sports fans, Him is a sexy hockey romance between Jamie and his former best friend, Ryan. The boys spent every high school summer together at hockey camp—but an unexpected hookup during the last summer before college changed everything.

Four years later, they're on opposing teams, but coaching together off the ice at the hockey camp they both used to attend. Ryan is open about his sexuality and wishes he could pursue his feelings toward his best friend, but as far as he knows, Jamie is straight. However, once the skates are off, the two begin to explore a connection that's hot enough to melt ice.

RELATED: When Balancing Your Life Feels Like Skating on Thin Ice

By Sarina Bowen and Elle Kennedy 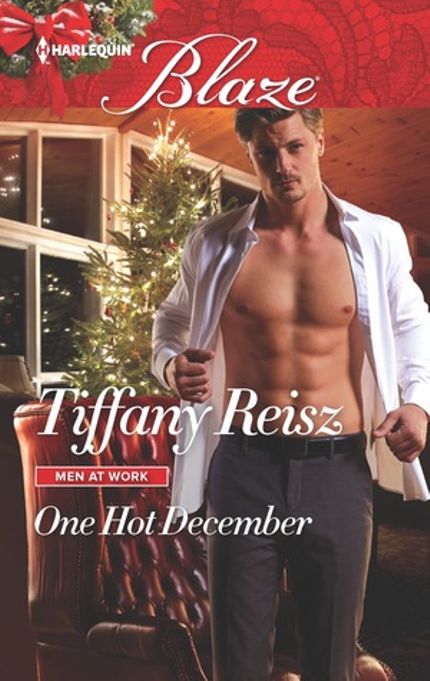 But when Flash finds a full time position at a plant nursery—a place where she can finally let her creativity run wild—she quickly gives in her two weeks notice. Now, there's nothing stopping Ian… and with the holidays comes a second chance even hotter than the first.

RELATED: Holiday Romance Books to Light You Up All Year Round 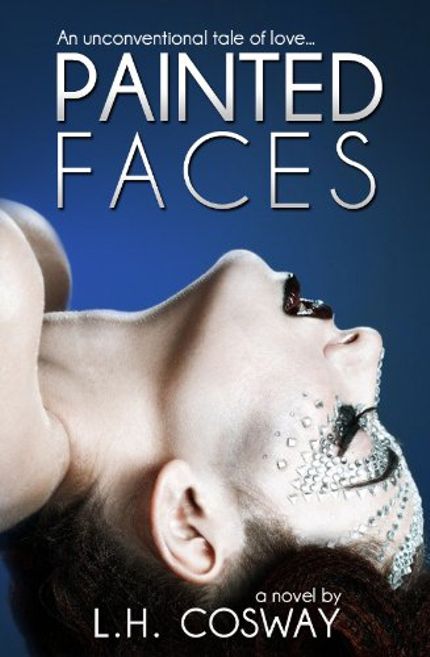 This L.H. Cosway novel is not only wonderfully written, but unusual in that the hero, Nicholas, is a cabaret performer who dresses in drag. He’s also sexy and funny and catches the eye of his neighbor, Freda, a baker from Dublin who is swept away by his dark and magnetic energy. Freda considers herself to be average so she is shocked when he lets his intentions be known—he has his sights set on Freda.

Craving more romance? No need to beg. Sign up for our newsletter to get steamy reads delivered straight to your inbox. 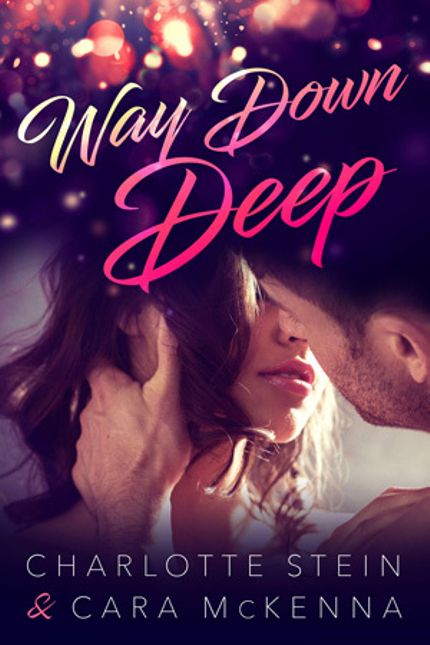 By Charlotte Stein and Cara McKenna

Stein and McKenna both write love stories that are super sensual and gorgeously written, and their pairing in Way Down Deep is perfection. In this story, told entirely through text messages, Malcolm and Maya are two strangers who meet through a mistakenly sent message—Malcolm typed the words but never meant to send it, especially to Maya. Their shared traumatic pasts allow the strangers to quickly become intimate.

RELATED: Falling in Love Through Tinder Taught Me How to Date

The connection only seems to strengthen with their exchanges; they openly share their deepest thoughts, desires, and observations. The friendship evolves into something more...Can they be lovers without ever being able to touch the other? Suddenly, words don't seem like enough.

By Charlotte Stein and Cara McKenna 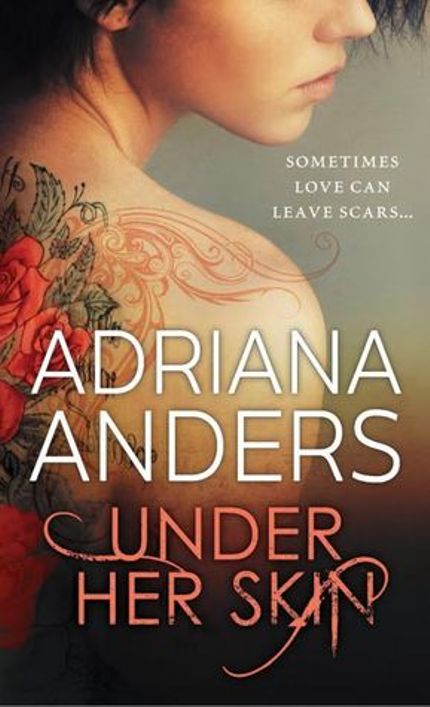 Adriana Anders’s debut romance is the emotional story of Uma, a woman fleeing her abuser and hiding as a live-in housekeeper. Uma is forced to leave her old life behind and start over and her plans do not include a man. But there is something about her neighbor that she can't stop thinking about.

Ivan is the gruff-but-tender bearded neighbor she comes to trust, desire, and love—and we can pretty much guarantee you’ll fall in love with him, too. 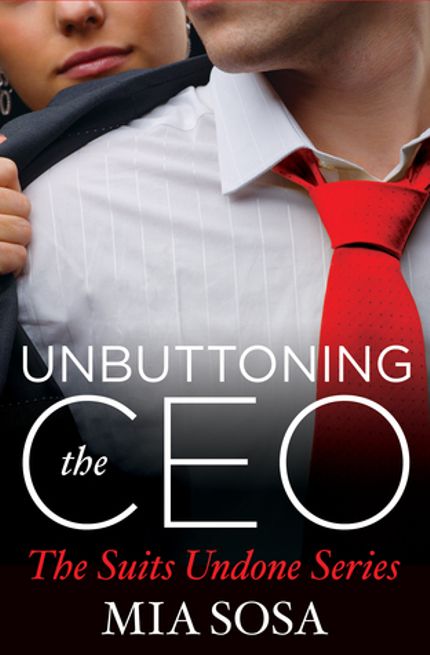 Warm and funny, Unbuttoning the CEO pairs nonprofit head Graciela with Ethan, a CEO sentenced to community service at her organization. Ethan is used to calling all the shots, but with over 200 hours of community service to complete, his chief executive informs him that he has to keep his real identity under wraps. Secrets sizzle in this debut, but so do the sparks between Graciela and Ethan, two good people who are perfect for each other. 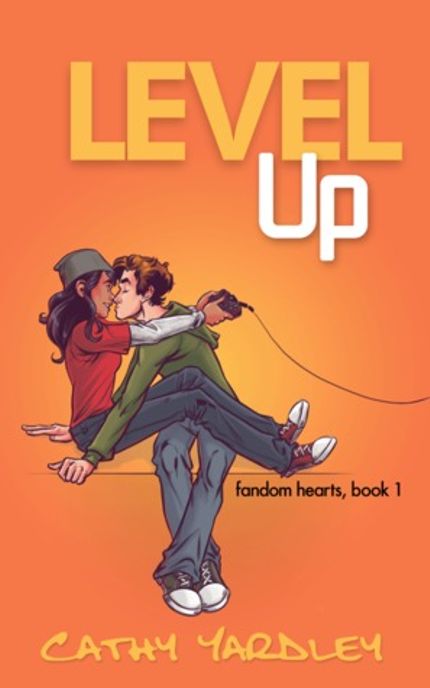 Cath Yardley’s geeky romance novella, the first in her Fandom Hearts series, is perfect for young adult readers. The story is a romance between Tessa, who wants to become a video game engineer, and her roommate, Adam. A major introvert, Tessa is forced to socialize with her video game coworkers in order to create a fandom-based video game in under three weeks.

It turns out that her roommate Adam is just the person who can help her. Adam has always been strictly business but as they work together, they keep getting closer…and soon he starts to see her more than a friend. 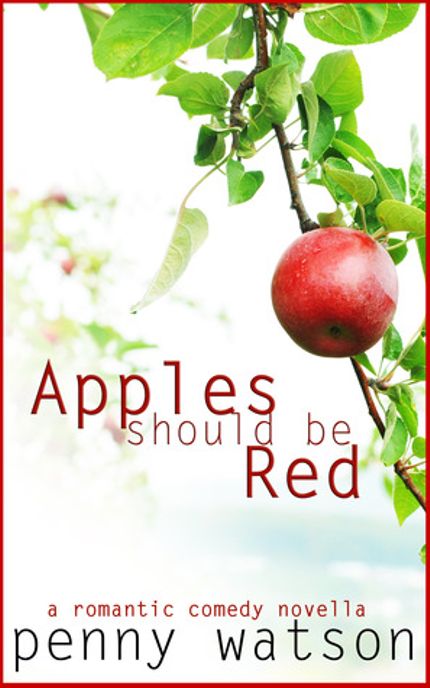 Apples Should Be Red

Though their kids may be married, 62-year-old Tom and 59-year-old Bev are complete opposites. Tom would be considered socially unacceptable: he drinks and smokes too much, he has the mouth of a sailor, and wants nothing to do with his neighbors. On the other hand, Bev is set in her ways, and extremely prim and proper—although she is practically begging to come out of her shell.

When they’re stuck together alone one Thanksgiving, they decide to challenge each other to change aspects of their lives. They go toe to toe and end up falling right into each other's arms. What follows are some awkward moments with their children who are both shocked and horrified. Turkey Day was never so titillating.

Apples Should Be Red 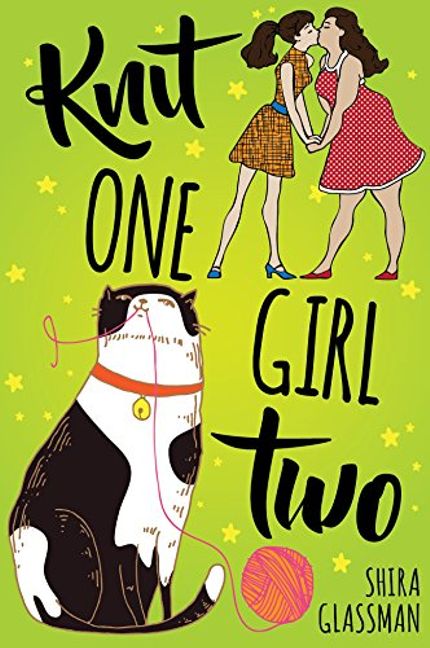 Knit One, Girl Two is one of the most delightful modern romance novellas you’ll read. Clara is an independent yarn dyer who finds inspiration—and romance—in brash artist Danielle. They grow closer over art and—of all things—yarn.

Sweet, witty, and real, the two Jewish women and their developing relationship is a beautiful representation of the LGBTQ community. 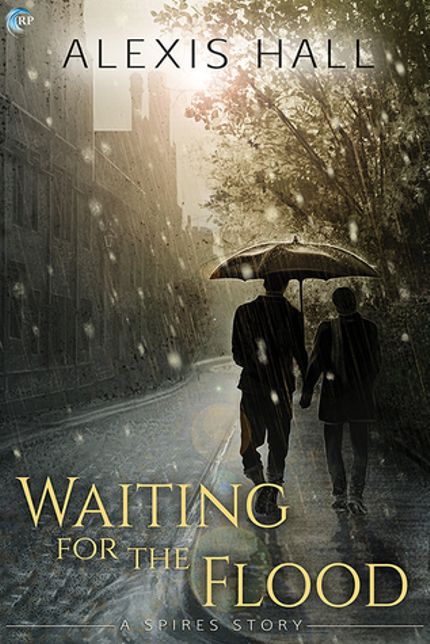 Waiting for the Flood

Alexis Hall writes beautiful, poetic lines, and Waiting for the Flood is a gorgeous, emotional novella set in a flood zone in England. Edwin Tully arrived in Oxford over 12 years ago and fell in love with a boy named Marius. Their relationship ended two years ago, but Edwin is stuck in the past.

You can’t help but root for Edwin, a painfully shy man nursing a heartache. But then he meets Adam—and he might be the hope that Edwin has long lost.

Waiting for the Flood