When Balancing Your Life Feels Like Skating on Thin Ice

In "Slammed," Dixie and Eli must manage their careers and their personal lives—a delicate balance the author is all too familiar with.

Enter to win free copies of "Score" and "Slammed" by submitting your email address here.

By submitting your email address you agree to receive emails from A Love So True and Early Bird Books.

Note: The sweepstakes is open to all legal residents of the 50 United States and Washington, DC who are 18 years of age and older by December 12th, 2017.

My characters are a wee bit younger than I am (when I was their age Y2K was a thing) but I remember jumping into the work force like it was yesterday. I assumed it would be easy–that a nine-to-five would mean just that and I would have all this free time in the evenings and on weekends for girls nights, boozy brunches, and hot dates. I’d be slaying my career and my social life. I blame Sex and the City. Those girls gave me false hope.

Related: The Wall of Winnipeg and Me

When I was Dixie and Eli’s age, I was starting a career in entertainment journalism eager to be the next Mary Hart. (Don’t know who Mary Hart is? See, I told you I was old). I remember the long hours editing, the late nights writing, and weekends covering events. What I don’t remember though, is those glamorous nights and weekends filled with dates and brunches and mini-vacations—because they didn’t exist. I was crushing the career part, but where was the other side? The personal happiness?

Dixie is similar—on the brink of a promotion, working constantly, with little time for more than quick visits with her family. Granted this is fiction, and it’s romance not tragedy, so although I wanted realism and drew a little on my own experiences, I left out the long nights alone in a basement apartment in Canada eating Kraft Dinner straight out of the pot standing over the stove. I had no idea what work balance was and I think we all have moments where the pendulum swings too far into the work side and if we don’t make an actual effort, it won’t swing back. And happiness, like just about everything else in life, doesn’t come from doing too much of one thing, like work. It comes from learning moderation. Balance.

Quotes like “Never get so busy making a living that you forget to make a life” hit us in the feels hard enough that we post on social media, but sometimes not hard enough that we act on it. I know a career is important and it can be a passion like mine is now. But if we aren’t careful, no matter how much we love our career, our happiness will be one-sided—work only—and is that enough?

Related: 9 Romance Books to Get You in the Holiday Spirit

Sometimes it takes a while for a person to realize that career success alone is not enough. For others, like Dixie in Slammed, something happens suddenly, like finding out the guy of your dreams is part of the team you work for and there’s a strict non-fraternization policy. Sacrificing personal happiness for professional success is easy until that personal happiness has a face … a charming, handsome face.

When characters struggle with finding happiness inside and outside of the office at the same time, it feels good because we know we’re not alone. Even the woman who has the rugged cowboy or buff billionaire, or in the case of Slammed, the sexy rookie goalie chasing her feels like us sometimes. And when she makes the changes—big or small—that it takes to find the balance and be happy in and out of the office, it gives us hope. Because if they can do it, we can too. 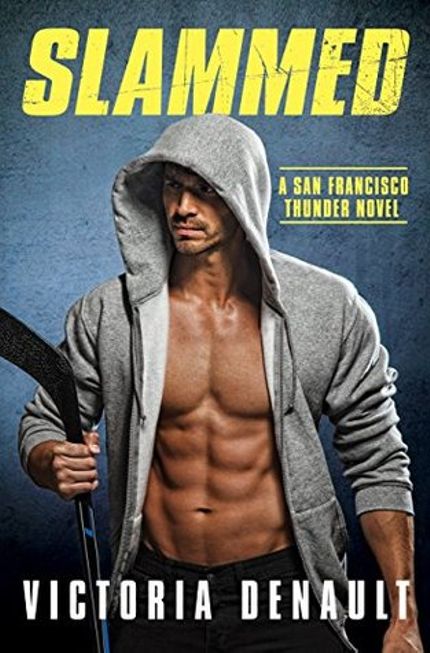 Victoria Denault loves long walks on the beach, cinnamon dolce lattes, and writing angst-filled romance. She lives in L.A. but grew up in Montreal, which is why she is fluent in English, French and hockey. Find her on Facebook, Twitter, Goodreads, and Amazon.