15 Werewolf Romance Books to Sink Your Teeth Into

In the mood for a little lycanthropy? These steamy stories will have you howling at the moon.

If you love paranormal romance, chances are you’ve clawed your way through a few werewolf romance books. Shifters are always hot, and werewolves are many readers' first foray into the world of shifting romance.

If you’re on the hunt for more werewolves, check out one of the 11 books below. This list includes many different types of romance—steamy, hilarious, intense, and even historical—but they’re all werewolf romance books that will leave you helplessly hooked from your first bite. 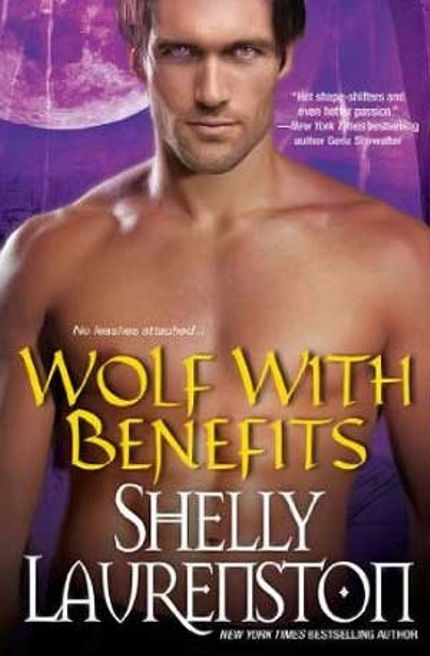 A friends-with-benefits arrangement gets extra bite in this eighth book in Shelly Laurenston’s Pride series. Werewolf Ricky Lee isn't looking for a relationship. But when he's tasked with protecting Toni, a jackal shifter, she drives him wild in more ways than one. With family complications and a shifter killer on the loose, their road towards a happy ending is a little bumpy. Lucky for us readers, that means a lot of laughs, as well as a lot of excuses for wildly hot werewolf action. 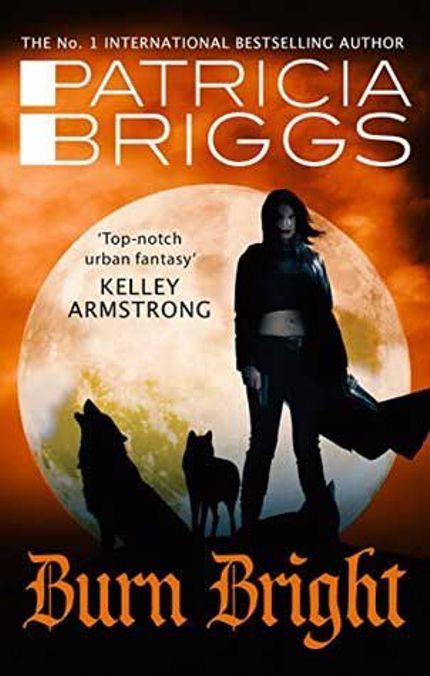 This #1 New York Times bestseller in Patricia Briggs’ Alpha and Omega series has so much going for it: a gorgeous cover, incredible reviews, and a great pairing in mated wolves Charles and Anna. In the wilds of Montana, the two werewolves must work together when another unstable werewolf attacks their pack of exiles. Filled with magic and other paranormal creatures, Burn Bright is a great choice if you love fantasy romance in general.

RELATED: 10 Shifter Romance Books to Bring Out Your Wild Side

Howling for more romance books? No need to beg! Sign up for our free newsletter and get titillating tales delivered right to your inbox. 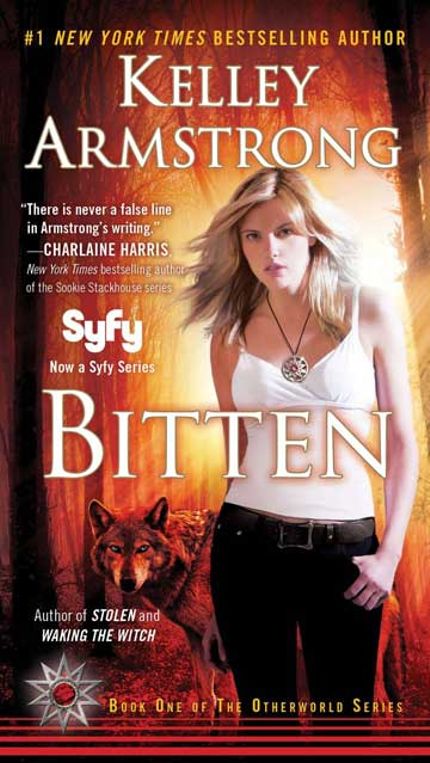 Bitten is a favorite among paranormal romance fans, and it was even adapted into a Syfy TV series that ran three seasons. Elena is the only female werewolf in the world. But that's not as cool as it sounds, because she’s also just trying to have a normal life with a normal job and normal boyfriend. When Elena's pack asks her to help track some rogue werewolves, and the guy who turned her shows up and interrupts her life in Toronto, things get way more complicated. And you thought you had issues with your ex … 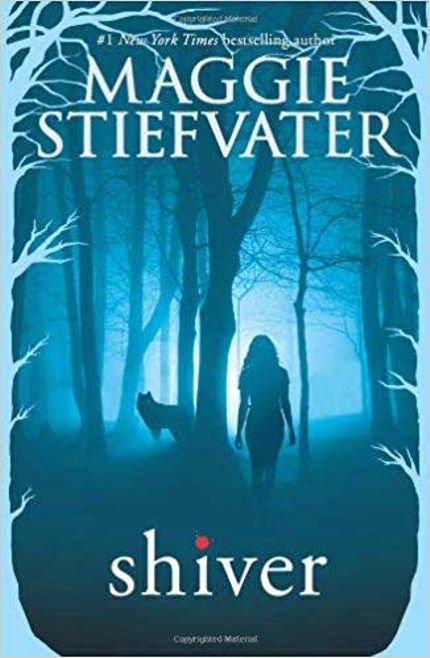 For those who’ve read Maggie Stiefvater’s other gorgeously-written young adult fantasy, it will be no surprise to learn that Shiver won or was shortlisted for many YA awards in 2010, including its Georgia Peach Book Award win.

Grace has long felt the protective presence of a yellow-eyed wolf in the woods by her house. But when she meets a boy with an uncanny resemblance to the creature in real life, her life explodes in magic. The trouble is, the boy, Sam, is a shifter who stays human only for the summer. If you can’t get enough of this YA wolf romance, there are three more books in The Wolves of Mercy Falls series.

RELATED: Dark Romance Books That Will Make You Shiver 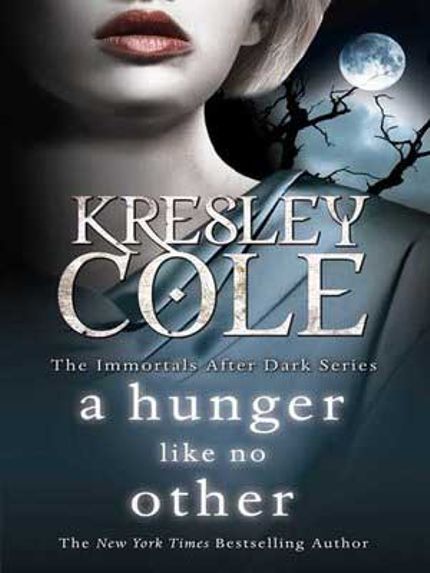 The second book in Kresley Cole’s Immortals After Dark series, this steamy enemies-to-lovers romance won the RITA Award in 2007.

Scottish Lykae Lachlain MacRieve manages to escape torture at the hands of vampires when he’s overwhelmed by the feeling that his chosen mate is near. But after he discovers small and fearful Emmaline Troy, he’s shocked to realize she’s not only half Valkyrie, but also half vampire. Lachlain is enraged to learn his mate is partly the same species as his torturers, and Emmaline is reluctant to give in to her desires. Their mutual denial makes for a fun, sexy read. If you’re into alphas, it doesn’t get more alpha than this!

RELATED: 10 Paranormal Romance Books That Give Us Chills in All the Right Places 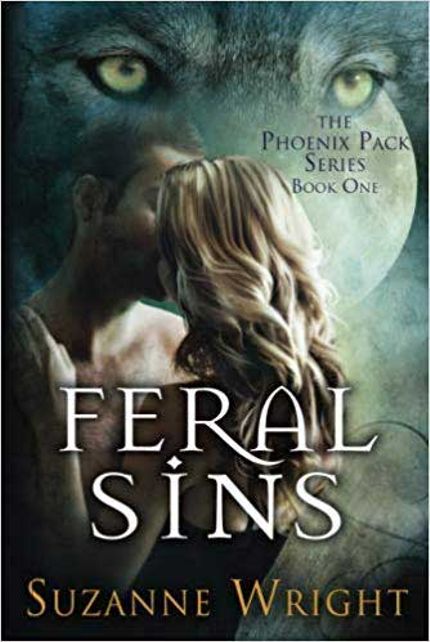 In Feral Sins, wolf shifter Taryn is headed for an arranged mating with someone she detests when she convinces fellow shifter Trey to pretend like they’re true mates for a time. Trey agrees because of the political power the pairing will give him—and the knowledge that they don’t have to pretend for forever. But we all known how these pesky pretend situations can lead to real passion, for humans and werewolves alike. 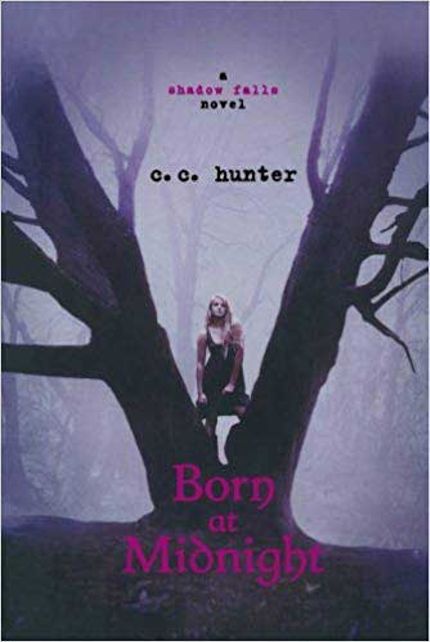 The first in a New York Times bestselling young adult series, Born at Midnight introduces us to Shadow Falls, a camp for supernatural teens struggling to use their powers and fit into the rest of the world. Newcomer Kylie is not sure if she belongs, but between the half-fae boy who’s crushing on her and werewolf Lucas, maybe she’ll find a way. The mystery of what Kylie is will keep you reading, as well as the romance and the nostalgia-filled camp setting. 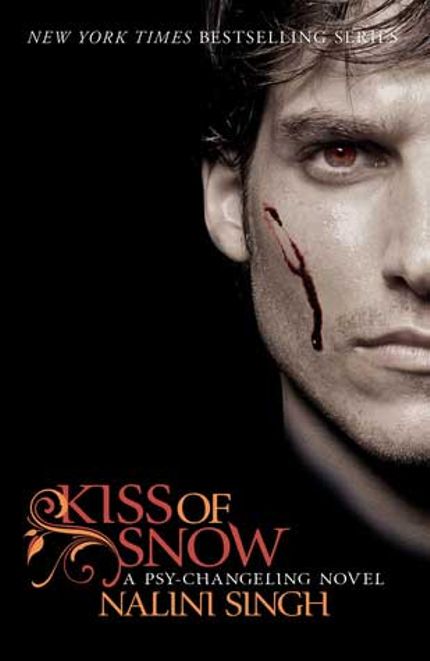 Nalini Singh’s Psy/Changeling series is a favorite among supernatural romance fans, and this 10th book in the long-running series won the Romantic Times Reviewers’ Choice Award in 2011 for Best Paranormal.

Powerful Psy Sienna and wolf Hawke have been drawn to each other since earlier in the series, but there have always been others in the picture. In Kiss of Snow, their relationship builds to an intense and satisfying climax as the two finally let go of their inhibitions and let the pure force of their passion show. 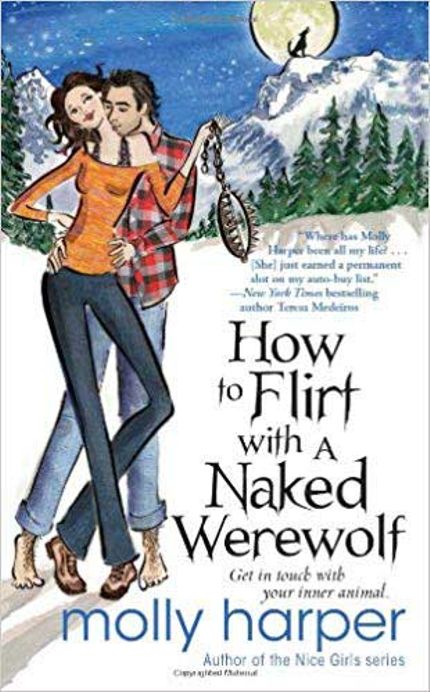 How to Flirt With a Naked Werewolf

Like your wolves with a dose of funny? Molly Harper’s hilariously-titled How To Flirt with a Naked Werewolf will scratch that itch. Southerner Mo is new to Alaska—but she never expected her life in the northern town to include her neighbor Cooper naked on her porch in a bear trap. Turns out Cooper is a werewolf. What’s more, he’s worried he’s behind some recent attacks. Mo can help him sort out the mystery — but sorting out her feelings may prove a little trickier...

RELATED: 12 Funny Romance Books That Will Melt Your Heart While Making You Laugh

How to Flirt With a Naked Werewolf 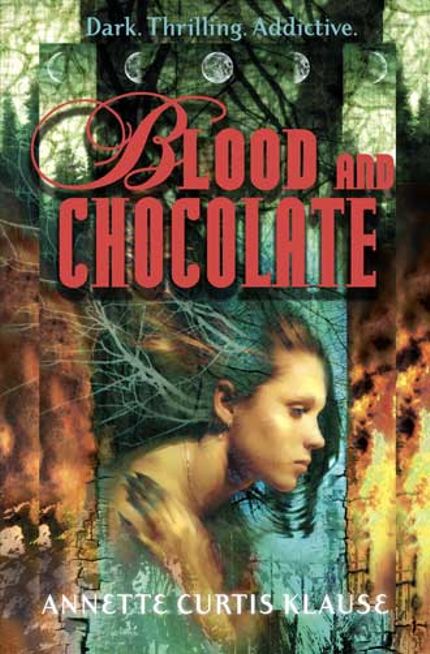 Many supernatural romances pair ordinary girls with otherworldly boys. Not so in Blood and Chocolate, a sensually-written young adult novel about Vivian, a 16-year-old coming of age as a young woman and a werewolf.

Vivian is as wild, passionate, and angry as any other teen girl, but her angst quadruples when she falls for human Aiden, who has no idea she’s a werewolf. Originally published in the late 90s, this novel was the basis for a film of the same name. The 2007 movie stars Agnes Bruckner as Vivian, Hugh Dancy as Aiden, and Olivier Martinez as Vivian’s older wolfish love interest and pack alpha. 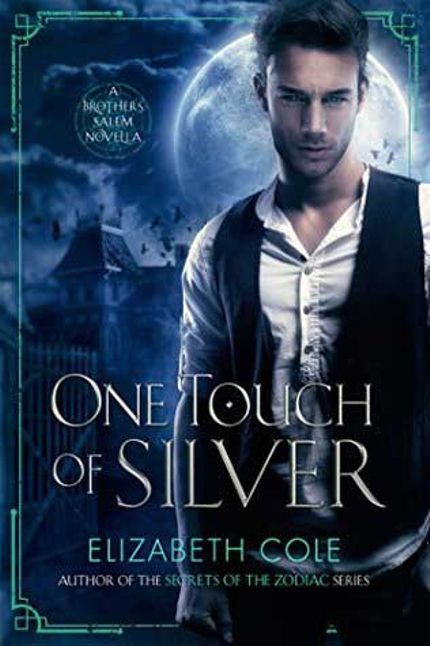 One Touch of Silver

Set in 1930s New Jersey, One Touch of Silver is a delectable novella about occultist Silver Salem and the hot, grouchy man who needs her help before the next full moon. The story is a prequel to Elizabeth Cole’s The Brothers Salem series about demon hunters, and this Halloween-set tale gives readers a glimpse of that series' world and the demons therein. If you’re not tempted enough by the prospect of werewolf romance in a cool historical setting, there’s also a psychic cat in the story.

One Touch of Silver 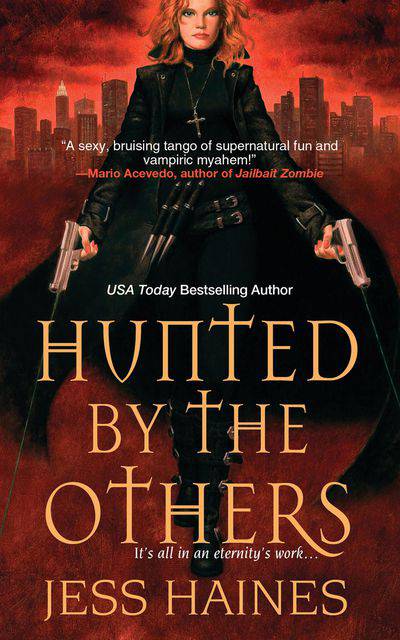 Hunted by the Others

This witty and action-packed book is just the first of Haines’ four H&W Investigations novels. Shiarra Waynest is a sarcastic, kick-ass private detective who has a front row seat to watch as the Others—vampires, werewolves, and mages—step out of the shadows into the mortal world. After Shiarra takes on a case tracking down an ancient artifact belonging to a notorious (and sexy) New York City vampire, she finds herself getting in over her head. Thrust into the middle of the age old war between good and evil, Shiarra looks for help from her ex-boyfriend, the irresistibly alluring werewolf Chaz.

RELATED: 13 Love Triangle Books That Will Tear Your Heart in Two

Hunted by the Others 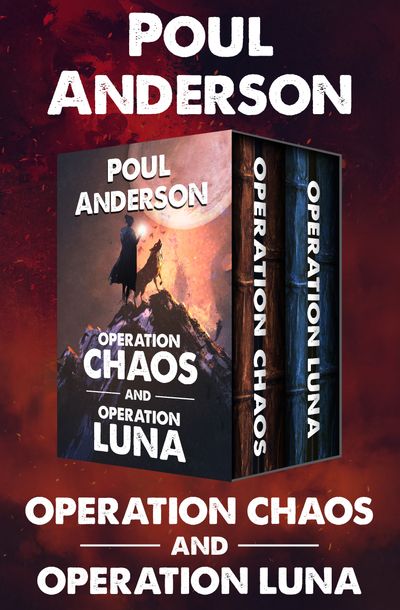 Operation Chaos and its sequel Operation Luna are masterpieces of the fantasy genre. In the first novel, America is under threat by the invading Caliphate forces and their dangerous genie in a bottle. Werewolf Steve Matuchek and skilled witch Ginny Graylock are all that stands between America and its destruction.

In the follow-up novel, readers follow Steve and Ginny as their relationship has blossomed into a full family. However, having children doesn’t mean the magical threats have stopped. In an alternate history timeline, the two of them must work against a plot to sabotage America’s first manned mission to the moon. 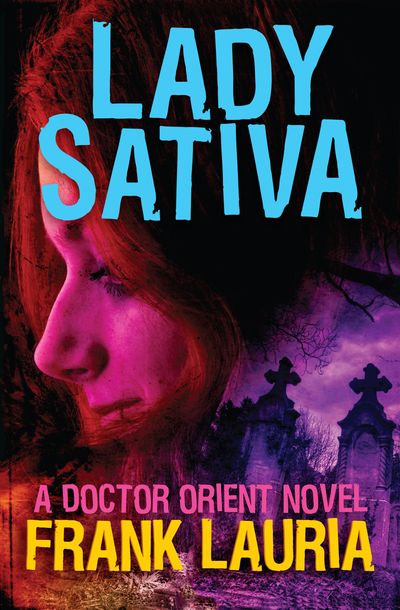 The wolf becomes the hunted as Lady Sativa’s powers rise with the full moon. An enticing dance between suspenseful chills and sensual thrills, this novel keeps you squirming in your seat. 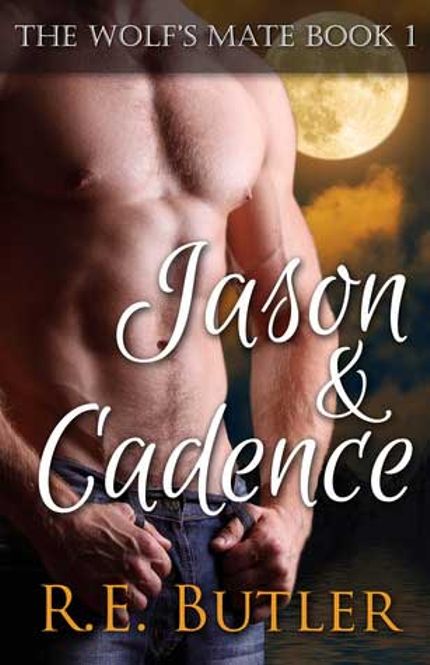 This book is full of agonizing, achy angst and steamy, sweat-inducing werewolf loving. For fourteen years alpha wolf Jason and hybrid wolf Cadence have lived apart despite being marked as mates. Though Cadence is consumed by love for Jason, the other wolf pushes her away every time they get close. There is so much more to their story than the increasingly frustrated Cadence understands, and as other suitors start to move in, Jason is desperate to recover the memories that his mate has lost.

If the electric romance between the rugged Jason and sassy Cadence left you wanting more, Butler’s Wolf’s Mate series contains six other installations which follow different sexy couples as they howl at the moon.

Howling for more romance books? No need to beg! Sign up for our free newsletter and get titillating tales delivered right to your inbox.

Featured photo from cover of Burn Bright by Patricia Briggs