Wherever these families go, trouble and passion are quick to follow.

Now that the Bridgerton siblings are headed for the small screen (thank you, Shonda Rhimes), we've been gobbling up the Julia Quinn series like an Ambitious Mama collects Determined Bachelors.

Each novel centers on one of the eight Bridgerton children—with cameos from the others, of course—as they fall in love amongst the uppercrust of Regency London. Strict social rules and gossip columnist Lady Whistledown complicate their road to HEA, but inevitably, this eclectic brood of brothers and sisters manages to find perfect matches. They may vary in age and personality—from the innocent but headstrong Daphne to wild cards Colin and Hyacinth—but they all excel at witty banter (so. much. banter.) and share modern-day sensibilities. Dear reader, we really love them.

If you're also a big fan of the Bridgerton series, which begins with The Duke & I and concludes with On the Way to the Wedding, then check out the following tales about rebellious siblings and their rocky love lives. Whether they're newly-appointed aristocrats trying to survive the ton or sisters with bad reputations, you can bet your firstborn son that romance and trouble are hot on their heels. 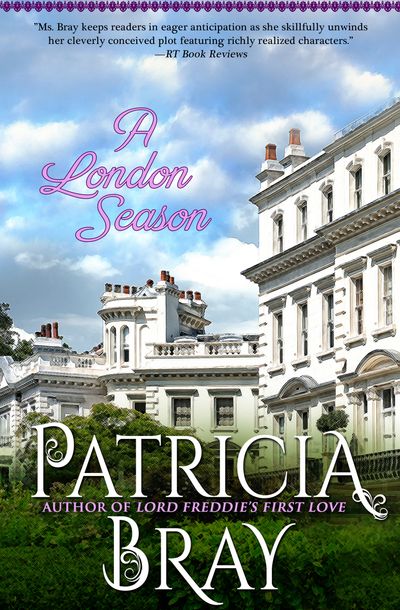 Jane Sedgwick understands the pros and cons of a having a large family—especially now that said family is completely broke. Believing that a wealthy husband could solve her problems, she leaps into the London Season with marriage on the mind. Her country-girl charm knocks the stockings off Lord Glendale, though he sees her as a charity case more than a potential bride. But as this handsome gentleman helps Jane find her place in the world of the ton, he finds that she becomes the center of his own...Will he stand by as suitors start competing for her affection, or will Lord Glendale risk everything—even his reputation—to be the champion of her heart? This one’s got the Regency setting, commitaphobe hero, and spunky heroine to enchant anyone who’s missing the Bridgerton universe. 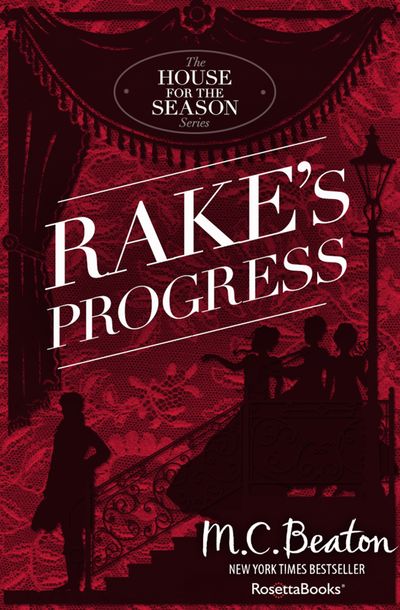 While the House for a Season series doesn't involve a family, it does chronicle the goings-on at 67 Clarges Street—a popular high society rental home. In Rake's Progress, Lord Guy Carlton is the latest tenant, and he fully intends to assuage his war-related PTSD with bedroom-related activities. Shocked by his behavior, the match-making servants pair him up with Miss Esther Jones, whose propriety and fondness for the Bible may just rescue their master from ruin. But despite the staff’s best intentions, they don't account for a universal truth: A good girl is always drawn to the bad boy—no matter how often she says her prayers.

Want more Regency romance? Sign up for our free newsletter and get historical romance tales delivered right to your inbox. 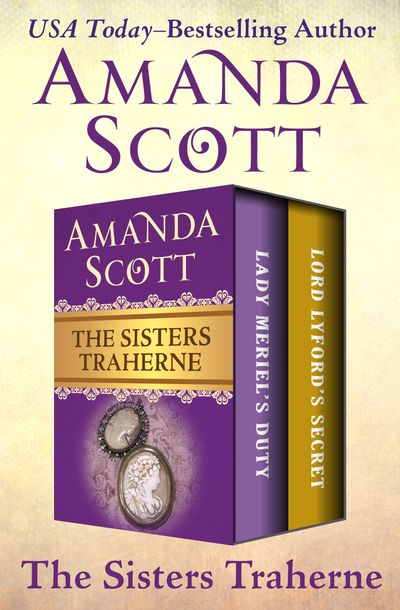 In this Regency duo, two sisters find love where they least expect it...A sudden tragedy has made Merial Traherne the sole protector of Gwyneth, whose rebellious nature can only be tamed by a finishing school education. But Merial's search for the perfect place lands her in a web of political intrigue—and in the arms of a man she never thought could steal her heart. Fast forward six years to Lord Lyford's Secret, and young Gwyneth is all grown up but no less daring. When her best friend announces she might be married off to her guardian, Gwyneth takes it upon herself to prevent the union. She knew that outsmarting Lord Lyford would be difficult—but who knew falling in love could be this easy? 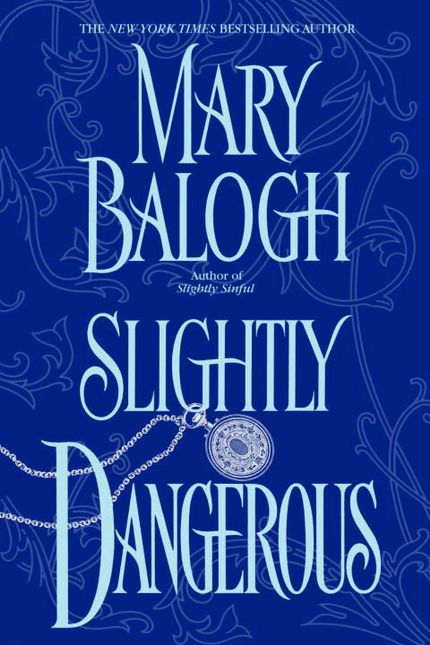 The Bedwyn clan is made up of six brothers and sisters, and Slightly Dangerous shines the spotlight on the most brooding of them all. Like the Bridgerton boys, Wulfric often meddles in his siblings' love lives—and yet he’s the only unattached Bedwyn left. He isn’t the cheeriest of humans, but the recent death of his mistress has put an extra chip on his shoulder. It's Christine Derrick, a spirited widow, who must take the brunt of Wulfric's iciness after her drink splashes into his eye. Thankfully, the the duke isn't one to cry over spilt lemonade (for long, at least), and the two begin an enemies-to-lovers romance full of hilarious banter and Elizabeth/Darcy fire. 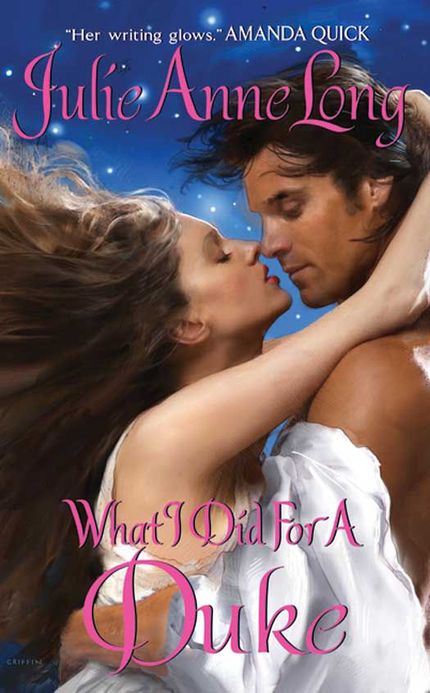 What I Did For a Duke

The Everseas siblings are magnets for scandal—and it seems that Genevieve’s time has come. When her brother unwisely antagonizes Alexander Moncrieffe, a 39-year-old duke with quite the reputation, she’s the one who must pay the price. Her carefully-preserved virtue becomes the pawn in Alexander’s quest for revenge, which he plans to end with her heartbreak and social ruin. But Genevive isn’t your average maiden, just as Alex is more than just a grumpy old miser. Is it possible that in the process of revealing their truest selves, this unlikely couple will discover the truest love they’ve ever known? Julie Anne Long’s Pennyroyal series comes with the sort of “scintillating wit and soul-searing passion” you love—and a recommendation from Julia Quinn herself (Booklist).

What I Did For a Duke 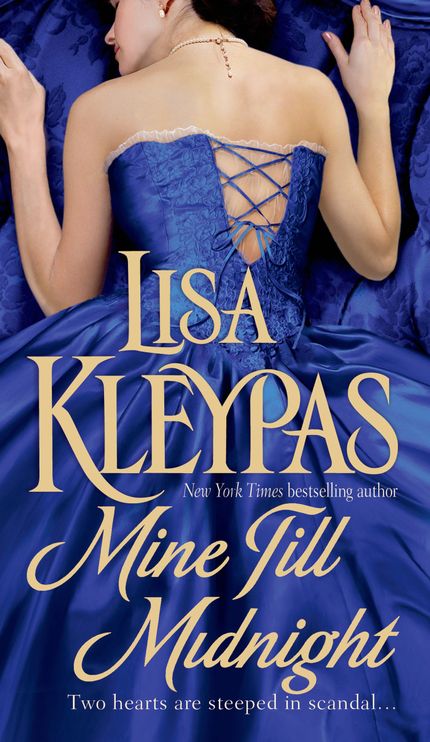 Having come into a surprise inheritance, the modest Hathaways are now expected to mingle with the aristocracy. Their new status doesn’t come with the wealth you’d expect, though—only a crumbling estate and a title that the eldest boy, Leo, has no interest in taking. It's up to Amelia to get her siblings under control, though the devilish Cam Rohan threatens to rob her of her own. As a half-Gypsy and part-owner of a gambling hall, Cam isn’t the sort of guy you'd want on your arm at a ton ball. But as he and Amelia’s chemistry sizzles with each encounter, she starts to wonder if some out-of-character rule-breaking could give her the freedom she's always dreamed of...Mine Till Midnight is the first book in Kleypas’ Hathaway series, which sees Amelia’s brothers and sisters follow in her “scandalous” footsteps.

Related: 10 Steamy Historical Romance Novels That Will Get Your Petticoats in a Twist

Want more Regency romance? Sign up for our free newsletter and get historical romance tales delivered right to your inbox. 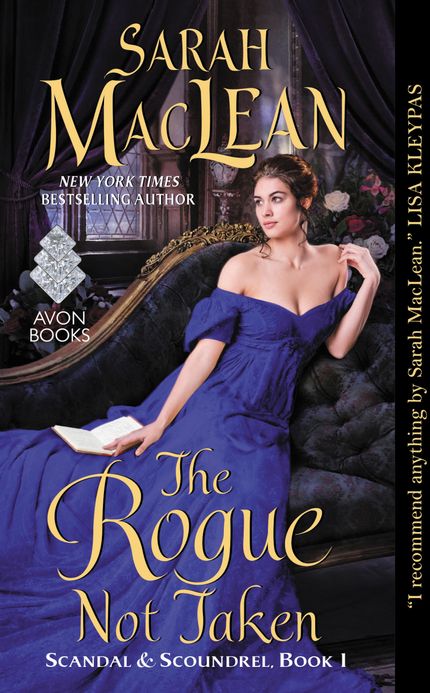 The Rogue Not Taken

The Talbot girls fuel the Regency rumor mill, but Sophie took things too far when she assaulted her sister's husband. Desperate and frustrated, she sneaks onto a Scotland-bound carriage, hoping it will carry her away from the whispers that follow her everywhere. Much to Sophie's dismay, her ride to a scandal-free life is crashed by none other than the Marquess of Eversley—a notorious rake who will only tarnish her reputation even further…The rest of this Sarah MacLean series centers around other misbehaving ladies and gents who find themselves the targets of Whistledown-style gossip-mongers.

The Rogue Not Taken 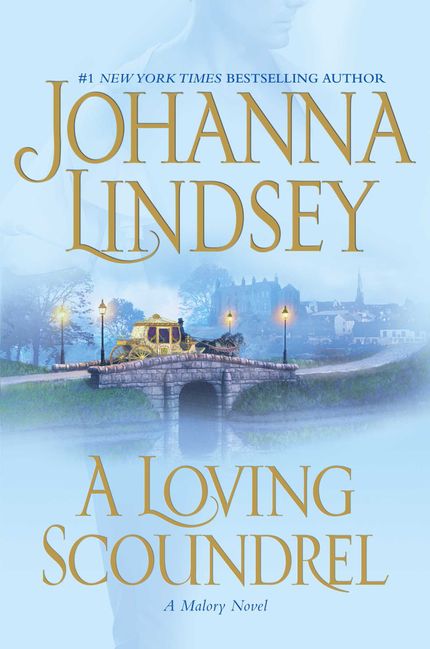 Like Julia Quinn’s characters, the heroes and heroines of Johanna Lindsey’s historical romances have 21st-century attitudes. A Loving Scoundrel continues her saga about the children of a gentleman pirate, and follows Jeremy Malory as he falls for Danny—a pickpocket with little memory of her past. After their joint scheme to retrieve Jeremy's family heirlooms goes awry, Danny demands recompense in the form of a job at his estate. Though she officially becomes his upstairs maid, Jeremy soon trains her to be his ‘fake girlfriend’ in hopes that he’ll thwart a persistent suitress. Naturally, their game of deception leads to revelations that change the way both Danny and Jeremy see themselves—and each other.