These heartwarming young adult reads by Ann M. Martin will take you back to the BSC glory days.

Recently, it was announced that Netflix will release a 10-episode original series adaptation of The Baby-Sitters Club books by Ann M. Martin. The series will feature the talents of GLOW producer Rachel Shukert  as showrunner, and Broad City’s Lucia Aniello as executive producer.

The announcement is the perfect excuse—as if we needed one—to celebrate the incredible work of Ann M. Martin, whose beloved Baby-Sitters Club book series was a defining childhood reading experience for many 90s kids.

The adventures of Kristy, Claudia, Dawn, Jessi, Mary Ann, Stacey, Mallory, and other tertiary baby-sitters (sorry but Logan does not count as one of the core group) allowed readers to vicariously experience many firsts: first boyfriends, first serious conflicts between friends, and even first losses, as in the heartbreaking Claudia & The Sad Goodbye, in which Claudia mourns the death of her beloved grandmother Mimi.

Martin’s talent for writing lovable characters that allow young readers to explore serious issues wasn’t resigned to ‘just’ the Baby-Sitters Club series, either. Below are eight Ann M. Martin books that are a great fit for readers who love young adult romance, or anyone feeling nostalgic for the days when happiness was a new Baby-Sitters Club book and a quiet corner to read it in. 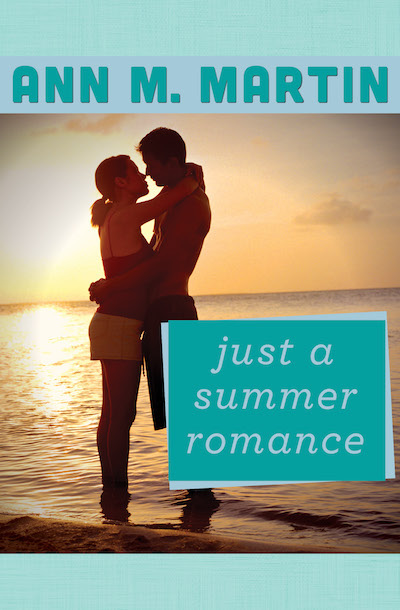 This fun young adult romance follows Melanie, a fourteen-year-old in the throes of first love. During a summer vacation, she falls for Justin Hart, a secretive teenager she meets on Fire Island. Despite their intense feelings for each other, Justin says their love can only be a summer romance, and Melanie agrees they should break up when school begins. But when fall arrives, getting over her summer swain is harder Melanie expected — particularly when she realizes that Justin is a famous actor who kept his identity from her a secret. Now, he’s on the cover of magazines and starring in a high-profile TV show. Melanie is convinced he’s forgotten all about her. But could Justin be pining for his summer sweetheart too?

Want more from your favorite authors? Sign up to get the best in romance sent straight to your inbox. 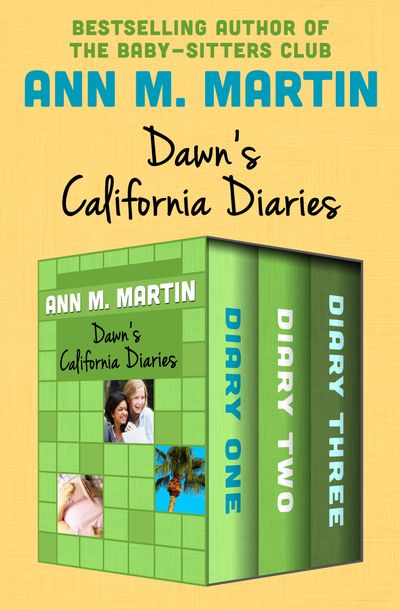 The California Diaries are a 15-book Baby-Sitters Club spinoff series that follows Dawn after her return to California from Stoneybrook, Connecticut. Through the format of journal entries, the California Diaries follow the early-high school lives of Dawn and her Cali pals. Dawn is thrilled to return to where she grew up, but with high school starting, her friendships are more complicated than ever before. Will she find a new life for herself in California — or return to the Baby-Sitters Club and the life she created back in Stoneybrook? 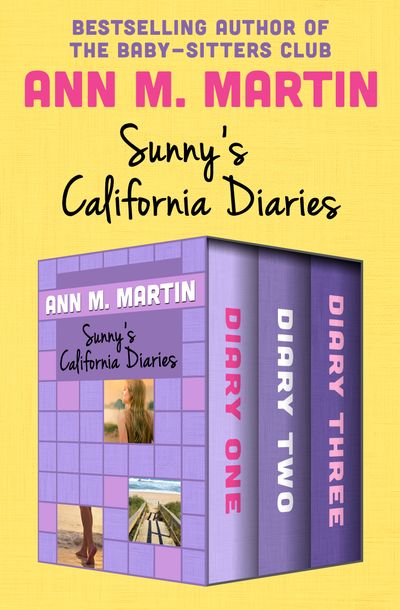 The California Diaries continue with these pages from the journal of Dawn’s friend Sunny. Life as a teenager is so much more complicated than Sunny anticipated — largely because Sunny's mother has lung cancer. Sunny isn't ready to accept her mom's illness, and is happy to distract herself with a new romance and exploring Venice Beach. Will her friends help her come to terms with this harsh new reality? 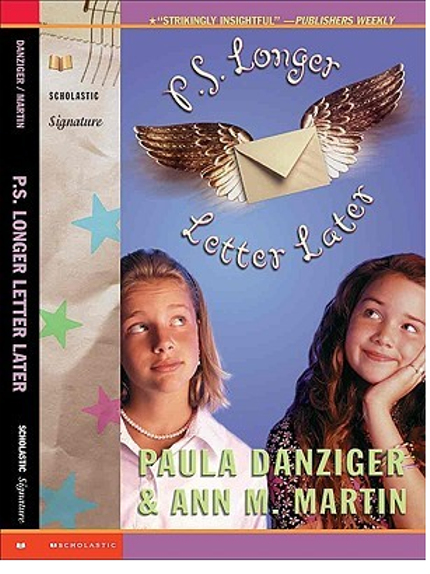 P.S. Longer Letter Later is the first book in an epistolary duology written by Ann M. Martin and Paula Danziger. Through letters, it reveals the powerful friendship between Tara (written by Danzig) and Elizabeth (written by Martin). When Tara moves to Ohio, the best friends pledge to keep their friendship going long distance through letter-writing. Their correspondence helps the friends endure breakups, family troubles, and school pressures. P.S. Longer Letter Later was followed by Snail Nail No More, in which the girls move their pen pal tradition from physical mail to email.

RELATED: 12 Teen Romance Books That Will Make You Swoon 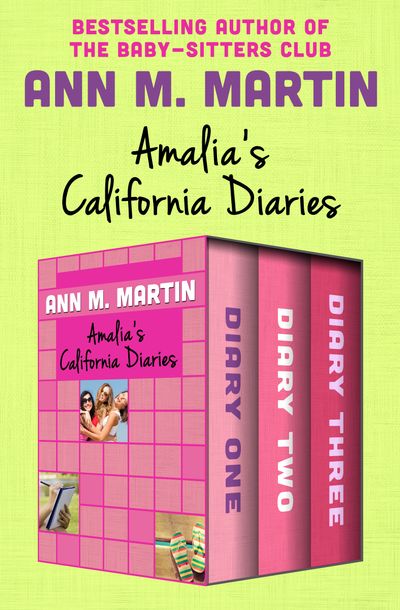 Amalia's installments in the California Diaries series explore some particularly serious subjects. 13-year-old Amalia is the manager of the band Vanish. And she's deeply in love with James, Vanish's 16-year-old guitarist. So in love that at first, when he gets angry at her for spending time with other boys, she's flattered. But James' jealousy is starting to feel less romantic and more threatening. Amalia's trilogy follows her complicated romantic relationships, her strong friendships, and the challenges she faces as a Latinx in her primarily-white community in Palo Alto. 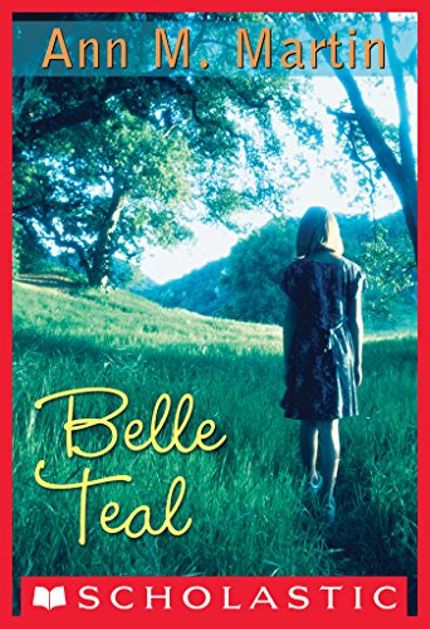 This acclaimed historical young adult novel follows Belle Teal, a ten-year-old girl from a poor family who's being raised by her mother and grandmother. Life has been hard for Belle, but the steadfast love of her mother and grandmother has given her a relatively happy childhood. But her contentment is about to be challenged. Belle's beloved grandmother is starting to show signs of dementia, and Belle's eyes are opened to the racism of her rural community when a young African American boy in her class experiences the full weight of the town's anger over desegregation. Like all of Martin's work, Belle Teal explores serious themes in a way that will resonate with young readers for years to come. 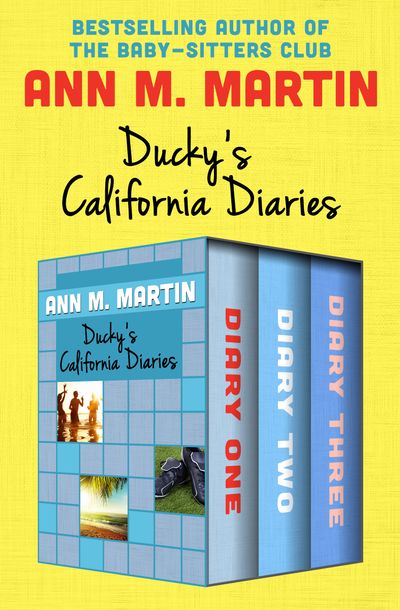 Like Baby-Sitter's Club associate member Logan, Ducky is the sole boy in the friendship group explored in the California Diaries series. In typical Ann M. Martin style, Ducky's status as the lone male in a group of girls is explored with sensitivity and heart. Ducky treasures his new high school friendships with Dawn, Sunny, Maggie, and Amalia. But he can't help but miss his best male friends, and wonder why they drifted away during the transition from middle school to high school. And when one of Ducky's new friends develops a crush on him, he wonders how to preserve his friendships while also exploring surprising new feelings.

Of course, it's always rewarding to return to the Baby-Sitters Club books themselves. Scholastic recently released graphic novel adaptations of the first seven Baby-Sitter's Club books. The first four books in the Graphix series are adapted by Raina Telgemeier, and feature incredible art that brings the club vividly to life. This is the perfect adaptation to introduce a new generation of readers to the BSC — or for older readers craving a visit with some steadfast literary friends.

Want more from your favorite authors? Sign up to get romantic stories sent straight to your inbox.