A K-pop starlet, a tabloid reporter, and 24 hours in Hong Kong: For Lucky and Jack, everything is about to change.

If you like romances filled with secret identities, delicious food, and lovable protagonists so believable they'll remind you of your own friends, then you’ll want to pick up a copy of Somewhere Only We Know ASAP. And if you're a K-Pop fan, then you really need to get your hands on this one-day romance.

Already a A Cosmopolitan Best Young Adult Book of 2019, Somewhere Only We Know is the heartwarming new read from Maurene Goo, author of the acclaimed I Believe in a Thing Called Love and The Way You Make Me Feel. Her funny and irresistible latest book chronicles an attraction that, on paper at least, seems doomed: the connection between a squeaky-clean K-Pop star and the tabloid reporter using her for the biggest scoop of his career.

Somewhere Only We Know 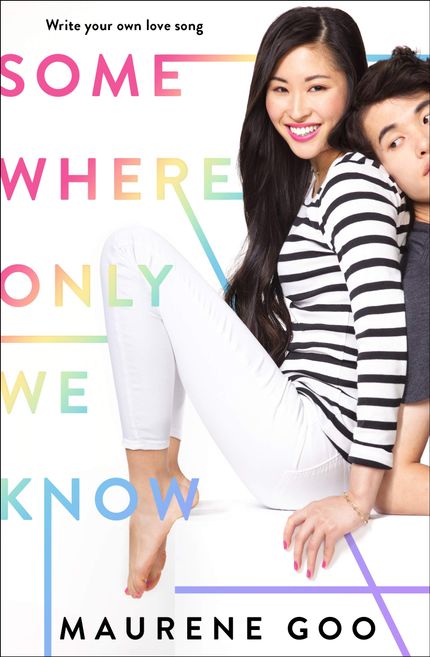 Lucky is an 18-year-old mega-famous K-pop star whose wholesome image and incredible talent are about to catapult her to fame in America — provided she nails her first American late-night TV appearance. Jack is a 19-year-old scraping together a living as a tabloid shutterbug to avoid following in his father’s footsteps as a banker. Lucky feels obligated to live up to the expectations of her managers, talent team, family, and countless fans. By contrast, Jack has done everything he can since high school to show his parents he's not interested in their aspirations for him.

Despite their different perspectives, when the pair have a chance meeting on a Hong Kong bus, Lucky and Jack feel inexplicably drawn to each other. Most importantly for Lucky, Jack has no idea who she is.

RELATED: Teen Romance Books That Will Make You Swoon

Somewhere Only We Know plays into the incognito royal trope, in which a royal (or in this case, an instantly-recognizable K-pop star!) sneaks out for one day of anonymity amongst the commoners. It’s tons of fun to watch Lucky keep up her act as ‘Fern’ (an alias chosen in honor of her parents’ Pomeranian). The more drawn she feels to the handsome young man she met on the bus, the closer Lucky comes to accidentally outing herself – and to revealing how isolated and anxious she is in her celebrity life.

Craving more romance? No need to beg! Sign up for our newsletter and get romantic reads sent straight to your inbox.

Lucky deals both with problems many people face (fear of disappointing others, for example, or embarrassment over taking anti-anxiety meds), and with the more specific difficulties that can accompany K-Pop celebrity. It was interesting to see the darker side of fame — for instance intense dieting restrictions, the pressure to have a wholesome image, and isolation—through Lucky's eyes.

Given the alienation and anxiety she faces in her celebrity life, it was super-satisfying to see the chemistry between Jack and Fern/Lucky grow as she gives herself one delicious day of teenage normalcy. Lucky is a protagonist it’s easy to love: she’s concerned for others, hilarious, and unembarrassed by her own quirks. I laughed out loud several times at Lucky’s unfiltered reactions to what she experiences during her miraculous day as Fern. And as someone who’s never been to Hong Kong, Goo’s sumptuous descriptions of the sights, sounds, and — perhaps most importantly —  food Lucky and Jack enjoy together made me super jealous of their adventures.

Somewhere Only We Know alternates each chapter between Jack and Lucky’s point of view, which helped me empathize with both characters—without that, I think it would have been much harder as a reader to fall for Jack. Lucky is keeping her status as K-pop royalty from Jack. But Jack is arguably keeping a much larger secret from his new friend.

Once he realizes who 'Fern' really is, Jack takes advantage of the situation rather than confronting Lucky with the truth. He begins snapping secret photographs of her enjoying congee, trying on shoes, and more, intending to sell the photos to a gossip magazine. And he does it all while being devilishly charming (there's a sweet scene on a ferry in which Jack does some incredibly-hot impromptu tailoring), which makes his betrayal of Lucky even more infuriating.

The photos of Lucky’s-Big-Day-Out might earn Jack a promotion to staff photographer, and give him the financial freedom he needs to follow his heart. But they could also tarnish Lucky’s angelic reputation—and maybe cost her the chance at American success she’s been working so hard for.

RELATED: 8 Sports Romance Books That Will Sweep You off Your Feet

The tension of unspoken secrets and simmering mutual attraction kept me absolutely glued to the page. And it gets even harder to watch Lucky and Jack withhold the truth from each other—and themselves—when the pair begins to bond over parts of their identity they don't often have in common with others, such as being California-born Korean-Americans.

Despite their respective secrets and drama, rest assured that Somewhere Only We Know will ultimately leave you smiling and swooning. Goo's characters are so well-written, it's easy to forgive their more fallible moments, and to root for the pair to help each other find their way into adulthood.

RELATED: The Top 9 Romance Novels We Want to See on the Big Screen

Somewhere Only We Know is a must-read for anyone craving a young adult romance they won’t be able to put down. K-Pop fans in particular will appreciate the insight into the training, publicity management, and branding that goes into creating a K-Pop icon. But regardless of your previous familiarity with K-pop, I guarantee Somewhere Only We Know will leave you smiling—and craving a handsome tour guide of your own for a 24-hour vacation from reality.

Somewhere Only We Know

Craving more romance? No need to beg. Sign up for our newsletter and get romantic reads sent straight to your inbox!

This post is sponsored by Fierce Reads. Thank you for supporting our partners, who make it possible for A Love So True to continue publishing the swoon-worthy stories you love.

Maurene GooSomewhere Only We Know
Published on 07 May 2019