"It was like we’d been somehow transported back in time to the easier, happier, comparatively virus-free mid-2000s."

With COVID-19 stay at home safety measures still very much in effect in many places, our access to pleasures has been reduced for the foreseeable future.

So when Stephenie Meyer made the announcement during a May 4th Good Morning America appearance that she’s finally releasing the heavily anticipated Twilight prequel, Midnight Sun, on August 4, 2020, it felt incredible.

Maybe you were a bit surprised by just how incredible this vampire romance news felt? Well, there’s a reason for that. 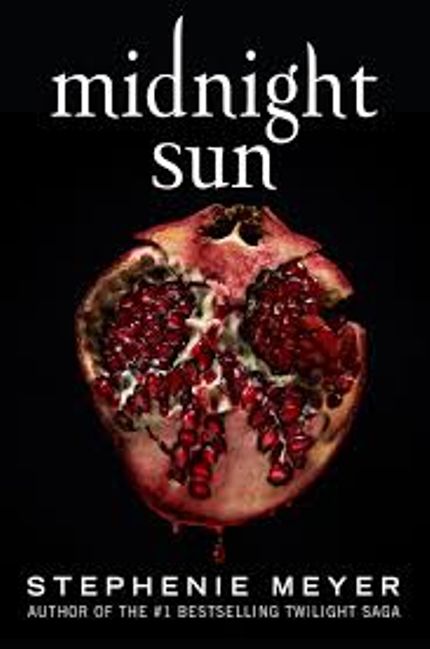 A recent New York Times article written by Taylor Lorenz called “Stop Trying To Be Productive” highlights the intense amount of pressure many people are putting on themselves during this pandemic to be “productive."

But Lorenz argues that we can, and should, be using this as a time to hit the re-set button, and allow ourselves some small pleasures. And for some of us, that means a book about vampiric romance set in the woodsy, drizzly landscape of Forks, Washington.

RELATED: 10 Shifter Romance Books to Bring Out Your Wild Side

"It didn't seem fair to make you wait anymore. Sorry about the bad timing. Hopefully this book can be a distraction from the real world."

Want more vampire romance? No need to beg. Sign up to get steamy reads sent straight to your inbox!

We need something to look forward to now more than ever.

Some of us are ride or die #TWIHARDs, starting from the day Meyer’s first printing of Twilight came out in 2006, up to when the credits rolled on the film adaptation of Breaking Dawn Part 2 in 2012.

Others are just now becoming familiar with the franchise. Regardless, the Twilight Saga offers fun at a time we desperately need it.

And there doesn’t really have to be a reason for being super excited by the news of Midnight Sun’s release, aside from how blissfully nostalgic it will be to get to spend some time with these characters again.

RELATED: Romantic Vampire Movies That Will Quench Your Thirst

In her announcement about the book on Good Morning America, Meyer said “I am very excited to finally, finally announce the release of Midnight Sun on August 4. It's a crazy time right now and I wasn't sure if this was the right time to put this book out, but some of you have been waiting for just so, so long. It didn't seem fair to make you wait anymore. Sorry about the bad timing. Hopefully this book can be a distraction from the real world. I'm so excited to finally be able to share it with you.”

Midnight Sun, which is available now for pre-order, is described as being Edward Cullen’s version of the original Twilight story, providing, for the first time, his full origin story, up to the point where he first laid eyes on Bella at Forks High School, through the early stages of their complicated love affair with one another. And yeah, people are over the moon excited about it.

Prior to Meyer’s official announcement, fans were tipped off to something new on the horizon when a countdown clock appeared on Meyer’s website.

When the clock counted down to zero on the morning of May 4, 2020, the website crashed.

Yes, in the year our Lord 2020, Twilight fans “broke the internet,” as they say. It was like we’d been somehow transported back in time to the easier, happier, comparatively virus free mid-2000s, and it felt wonderful.

A 2016 Psychology Today article written by Nicole Mead, Ph.D. explains that pleasures, big or small, are good for mental health.

“Many people think the answer is to put their nose to the grindstone and put pleasure aside,” Mead says in the article. “Recent research from my laboratory challenges that assumption. My colleagues and I found that a specific type of pleasure—namely, a simple pleasure—helps you to make progress on your daily goals, particularly when life feels challenging and stressful.”

A more specific type of pleasure, the experience of romance, is also good for us.

We can only imagine the armload of it we’ll be receiving in the new book, which is 672 pages. Compared to the first Twilight book, which is 544 pages long, that leaves us with an extra 128 pages of glittery skin, flashing eyes, and pointy kisses.

If the synopsis for Midnight Sun sounds familiar to you, that’s because it’s not an entirely new story. Meyer began work on the book over thirteen years ago, but when a good portion of her unedited manuscript leaked online in 2008, she shelved it, and fans feared that it would never be released. After the leak, Meyer addressed her fans directly via a passionately worded statement on her website.

"I did not want my readers to experience Midnight Sun before it was completed, edited and published," Meyer wrote. "I think it is important for everybody to understand that what happened was a huge violation of my rights as an author, not to mention me as a human being.”

Meyer stated that she had a few early drafts that she’d lent out to “trusted” people for feedback, and had a pretty good idea as to which person leaked it, but wouldn’t say more than that. It was clear in her 2008 statement that she was very mad about it though, rightfully so.

“So where does this leave Midnight Sun?,” Meyer asked, holding the hopes and dreams of fans in her fist to squeeze if it suited her.

“My first feeling was that there was no way to continue. Writing isn’t like math; in math, two plus two always equals four no matter what your mood is like. With writing, the way you feel changes everything. If I tried to write Midnight Sun now, in my current frame of mind, James would probably win and all the Cullens would die, which wouldn’t dovetail too well with the original story. In any case, I feel too sad about what has happened to continue working on Midnight Sun, and so it is on hold indefinitely.”

So reading that, and knowing all we know now, maybe the future isn’t so dark after all …

Want more vampire romance? No need to beg. Sign up to get steamy reads sent straight to your inbox!