These steamy stories of lairds and ladies will leave you begging for moor.

Is there any setting more perfect for a romance than Scotland? It's a land of brutal and brooding beauty—two qualities shared by the heroes in each of these seven romances. Ranging from an unforgettable historical romance set in the 14th century, to a sensual paranormal saga, these must-read stories all feature an absolutely irresistible highland hero.

If you're hungry for stories of fierce warriors and independent female protagonists—set against the unforgettable backdrop of historic Scotland — these highlander romance novels will leave you sated. 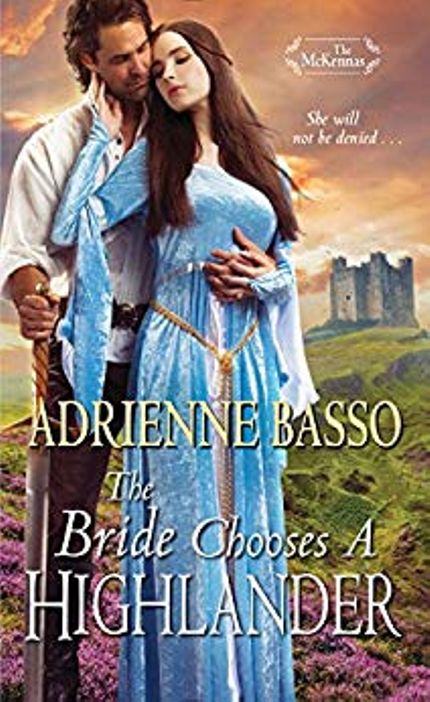 The Bride Chooses a Highlander

The third book in the McKennas series by Adrienne Basso, The Bride Chooses a Highlander follows the independent Lady Katherine. Due to a promise her father made to her mother, Katherine has been granted the unconventional right to choose her own husband. But at 22, she still hasn’t found a man to capture her heart. Then Lachlan MacTavish, a laird from an enemy clan, unexpectedly comes to Katherine's rescue after a betrothal-gone-wrong leaves her stranded in the wilderness. Touched by the laird's surprising gentleness, Katherine proposes, and Lachlan, intrigued by her confidence, agrees. But rising political and inter-clan tension threatens the union between the laird and the lady who wouldn’t be denied.

The Bride Chooses a Highlander

Want more red-hot Highlanders? Sign up to get our romance recommendations sent straight to your inbox. 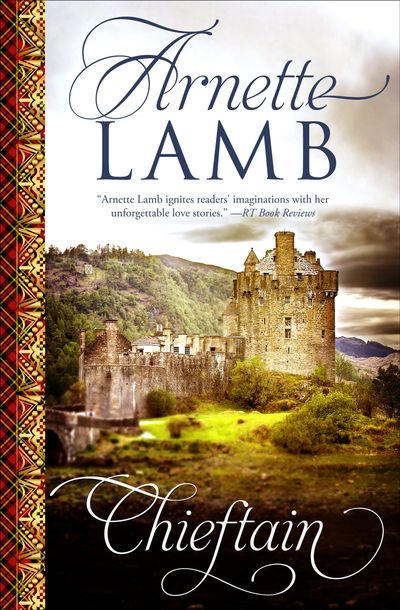 Mistaken identity fuels this medieval tale of passion and power. After seven excruciating years imprisoned in the Tower of London, Highland Chieftain Drummond Macqueen returns to Scotland to settle a score with the wife he believes double-crossed him. But the woman who greets him on his return couldn’t be more different in temperament to the one he left behind. When old passions awaken anew, it possible for Drummond to forgive her epic betrayal?

But Drummond's 'wife' is hiding an unthinkable secret—she is not his wife at all, but his sister-in-law. Long ago, Johanna assumed the identity of her dying sister in order to raise Drummond’s son. Now, the man Johanna mistakenly believed was executed long ago is back.... And Johanna's well-intentioned deceit leads to dangerous passion. 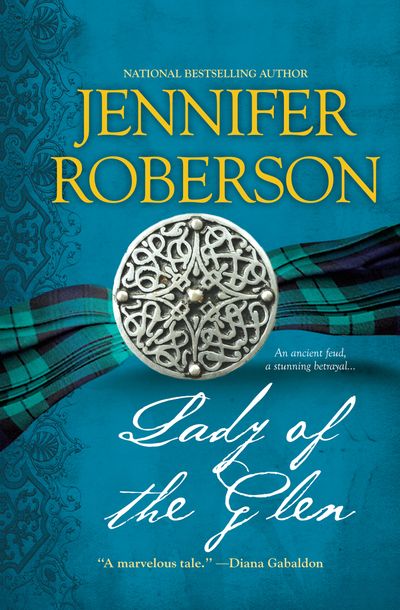 Lady of the Glen

17th century Scotland comes vividly to life in all its brutality and beauty in this tale of lovers from warring families. Catriona Campbell and Alasdair Og MacDonald's clans have been feuding with each other for centuries. But generations of bad blood don’t change the feelings the two young people instantly have for each other. Catriona and Alasdair believe their love is fate—but the bloody intentions of King William III, and the winds of rebellion, put their unlikely union in mortal peril.

RELATED: 10 Books Like Outlander That'll Make You Want a Scot of Your Own

Lady of the Glen 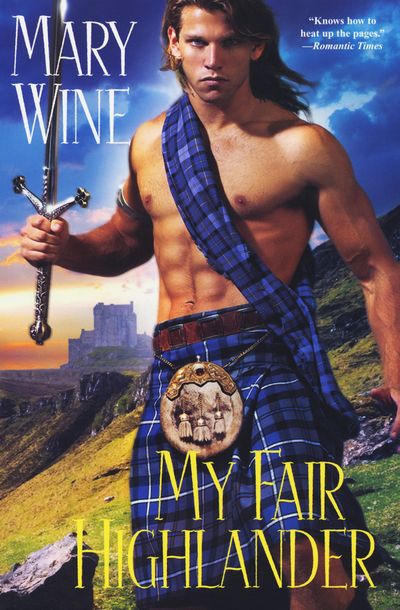 When Gordon Dwyre, Laird Barras, sees Englishwoman Jemma Ramsden riding in the countryside, he's struck by her beauty, her nobility—and the likelihood that she'd never consider wedding a wild Scot like him. After a twist of fate puts Jemma at the mercy of English attackers, Barras rescues her—only to imprison her in Scotland. Jemma is a miserable captive in an unfamiliar land, far away from her own people. But even as she despises Barras, she's drawn to the tantalizing world of pleasure he introduces her to. 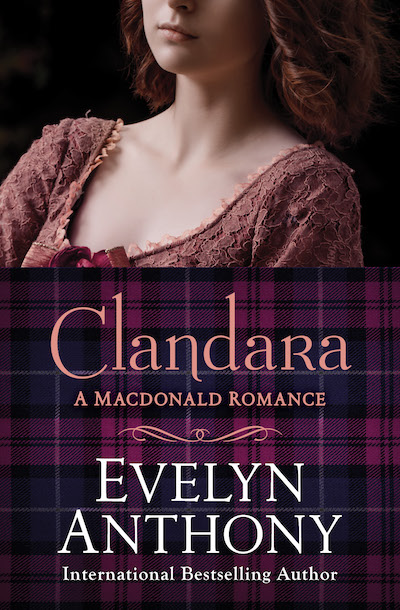 A sweeping historical saga from Evely Anthony’s MacDonald romance series, Clanadara follows the epic romance between Katharine Fraser and James Macdonald of Dundrenan. The star-crossed Scots come from warring factions, yet put their family differences aside in favor of their love. But when the two unite on their wedding day, the celebrations end in slaughter. Separated by both personal tragedy and the invading British army, Katherine and James drift apart. Despite the divide of distance and war, the two continue to believe in their love, even as they fight for the independence of their homeland. 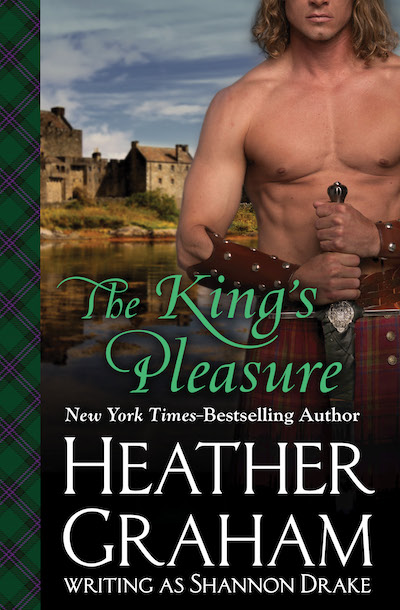 When the king decrees that French maiden Danielle d’Aville must marry the young Scottish knight who violently conquered her village, she’s devastated. Danielle resolves to use this miserable union to her advantage, and get what revenge she can on her sworn enemy. But against all her better judgement and convictions, Danielle is pulled towards the knight's strength and surprising kindness. Will Danielle forsake her loyalty to her people, in favor of the unaccountable passion she feels for the man who devastated her home? 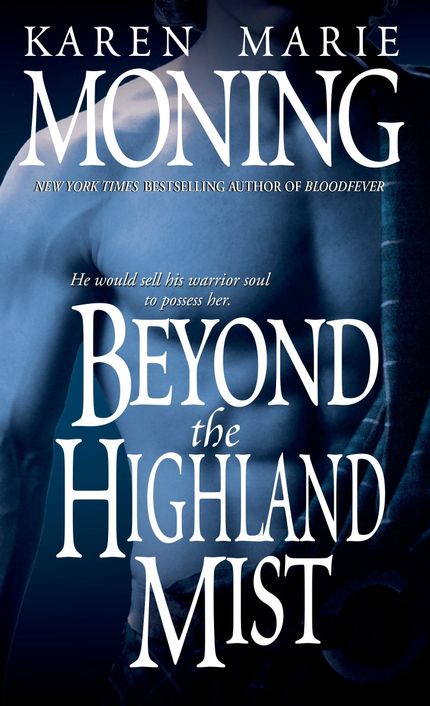 Beyond the Highland Mist

Beyond the Highland Mist is the first book in Karen Marie Moning’s red-hot paranormal Highlander series. Hawk is a fierce, sexually ferocious laird who's equally at home in a bloody skirmish as he is a woman's bed. Though his prowess as a lover is legendary, Hawk has never loved any of his many conquests. When a faerie transports Adrienne de Simone from present-day Seattle to 16th century Scotland, and fate brings her across Hawk’s path, she immediately recognizes his sensual potential...and resolves to avoid falling for his tricks. But you know what they say about the best laird plans going awry.

Beyond the Highland Mist

Want more red-hot Scots? Sign up to get our reading recommendations sent straight to your inbox.

This post is sponsored by Kensington Books. Thank you for supporting our partners, who make it possible for A Love So True to continue publishing the romantic stories you love.