"I search for the lost heroes who lived in the gap of the missing years. I hunt for their testimonies." 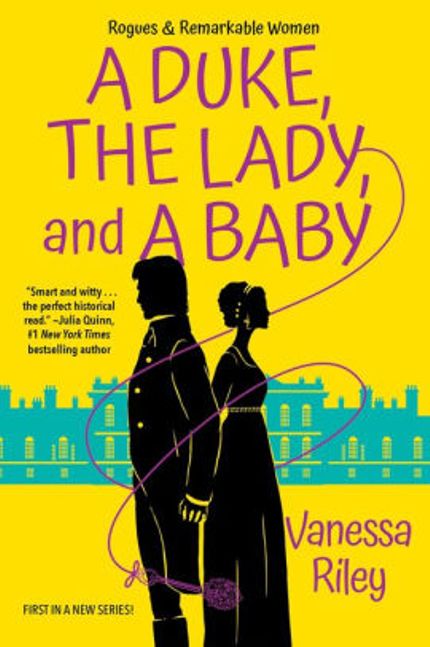 I admire history’s every twist and turn, the nuances, how things seem to repeat. Yet, as much as I love every nuance of how it is portrayed in historical fiction, I'm not blind to the whitewashing, the minimalization, and othering which has occurred.

People of color are often portrayed as having two stories: Kings & Queens in Africa, or the enslaved in America.

When the only focus is royalty—Makeda, Queen of Sheba, Queen Nefertiti, Queen Cleopatra—or slaves in the American South, one misses roughly nineteen hundred years of substantial history. This dark period is discounted as if all peoples of color disappeared until Gone With the Wind. Integrated societies are often pushed so far from the history books, it should be a crime.

Well. Every crime needs a detective.

My investigations start by identifying witnesses. Most of my eye-witnesses are not available for interviews except via séances. That is problematic, but the past is searchable. More than ever, it is accessible from our computers.

The detective living in our brains must acknowledge that the research exists. Often, one can search online via library databases and Wikipedia. Writers and researchers can query online things yesterday's writers and readers didn't think possible to garner without expensive licenses or access to universities, museums, and historical societies.

Pulling out my metaphorical magnifying glass, I started looking in old, dusty places—diaries and piles of war correspondence.

What artists expressed on their canvases also offers clues to what was important at that time. Themes captured in paintings of civil rights, taxation, representation, marital harmony, religious freedom, love, and abolition are prevalent. Thinking outside of the norms gets the internal detective to bypass the limited facts presented in the dusty World Book Encyclopedias stacked on your grandmother's bookcase.

Like Detective Columbo, I begin by asking why: Why would she do this? Why do they value this? Why do they choose to work in the port cities as opposed to the country? These discoveries are often not earth-shattering, but they are very important in understanding how people lived.

For A Duke, The Lady, and A Baby, the treatment of women's rights by the Chancery Court in regard to child custody and provisions for widows play a pivotal role. Discovering the advent of mechanical limbs and wheelchairs helped answer how the war-wounded were provided care. It solves the question of how they resumed active lives.

The accounts of the Marquess of Anglesey’s recovery from his field amputation during the Peninsula War inspired my hero, Busick Strathmore, The Duke of Repington, in A Duke, The Lady, and A Baby.

Gantry frowned, but still refrained from asking the things he must want to know.

So Busick decided he'd answer. "Badajoz. It took a year for the nerves to stop throbbing like fire and many more months to balance and then walk. Almost two years to mostly recover. And it will rain." He slapped his thigh. "What's left of this leg says so. Anything else you haven't asked but want to know?"

Then, I dig a little deeper. The second step in my hunt is the Perry Mason moment, the game-changing facts that rock my world. I search for the lost heroes who lived in the gap of the missing years. I hunt for their testimonies.

The letters exchanged between diplomats and the Duke of Florence, Allesandro de' Medici (1537) show that this man birthed of a Moorish maid is a victim, maligned by his cousin and murderer, Lorenzino de' Medici. Lorenzino paid biographers to make Allesandro look like a tyrant and to obscure the name of this black man who ascended to power and lived a bold, colorful life.

The Old Bailey's Court records show the trial and acquittal of James Grantham (1695), a Blackamoor, who was accused of stealing a trunk and a Bible from a coach traveling from Kingsland, England.

The published narrative of Olaudah Equiano (1794) details his surviving the middle passage and his successes and freedom in Britain.

The U.K. National Archives house the wills of distinguished people like Dorothy Kirwan Thomas. She was a West Indian business owner, avid European traveler, and former mistress to the future British King, William IV. Mrs. Thomas rose from enslavement to become one of the wealthiest women in the Caribbean (1756-1846).

These stories of hidden heroes inspire the strength and fight of my heroines like Patience Jordan from A Duke, The Lady, and A Baby, an heiress from the British colony of Demerara (present-day Guyana):

My father's blood pumping inside kept me from a faint. His endless talk of insurrection from the American rabble, Samuel Adams, stuck in my heart. I understood and absorbed his troubles, his defiant quest for life and liberty.

Each time I picked up my son, felt his skin next to mine, I became a revolutionary. For him, his life, his liberty, I charged forward.

As a history detective, I've found overwhelming evidence of the multi-cultural world that existed during the Regency. I consider myself hired by all these heroes to tell their stories, for they deserve the truth to be known: they dared to love while being different. Unashamed of their position in society, they dreamed and found ways to survive.

My goal is to continue uncovering lost history and to entwine these nuggets into stories that entertain the soul, warming and blanketing the reader with truth and happy endings. My wish is that reader will look at the world a little differently and with more hope.

The hunt is lively. The detective within each of us should join the fun.

Craving more romance? No need to beg! Sign up to get steamy reads sent straight to your inbox!