“It’s All About Love”: How Romance Author Sandra Kitt Found Her Story

The author’s debut romance book tells an interracial love story—something not commonplace in 1995.

It hit me instantly, in a flash, a revelation. When I saw the stranger I felt an immediate and empathetic catch in my chest and throat. At once, an incredible idea for a book sprang into being, full force, in my head. Until that moment I had given not a single thought to being a writer. Now, I knew I had an important story to tell.

The encounter was less than 30 seconds. I eventually turned away to go about my business. I went to work, interacted with colleagues and clients, and lived all day with the image of that down-and-out man on the street with his shabby clothing and sad eyes. I got home, made dinner, cleaned up. I sat down at the dining table and began writing long hand, on a 7x9 inch pad without lines, the story that had been born in my head earlier that day while sighting a perfect stranger. I knew how the story would begin, and I knew how it would have to end. Everything else in between was a blurry rush of other characters, and scenes, and problems that I wanted to introduce, which would have to be resolved before the end could happen. And there was a love story. The odd thing was, none of what came to me that would become a novel had anything to do with a derelict white man sitting on a New York City street. It was all about having witnessed someone’s pain, loneliness, and sense of being lost.

"I had never come across a story even remotely resembling this one that took over my life, my dreams, my every conscious moment..."

My idea was big and different. New and bold. In all my tween, teen, and young adults years of being a voracious reader, I had never come across a story even remotely resembling this one that took over my life, my dreams, my every conscious moment. It filled my mind with action and spewed out dialogue—long precise exchanges between five or six core characters. I knew I had never read anything like my story. So, I began writing the book solely for myself as the story I wanted to read.

The original title was Through The Eyes Of Love, which was later renamed to The Color of Love. It told the story of an unlikely meeting between an African American female artist who reached out to express sympathy to an aggrieved white NYPD undercover officer. Not a single word is spoken between the two, and yet that initial encounter is the start of a relationship that defies reason, recent history, or good sense. 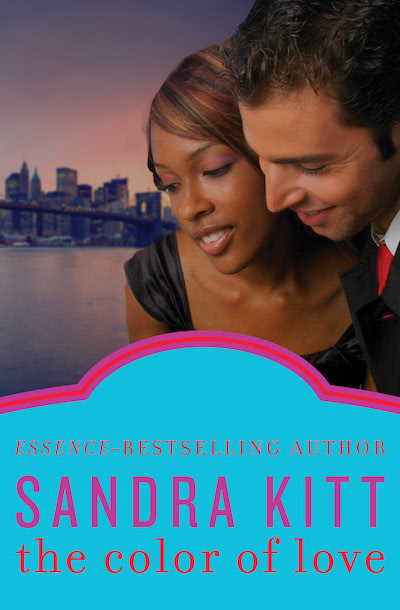 The Color of Love was my first ‘what if’ story. Given the historic and ongoing distrust and friction between law enforcement and the black community, what if a black female and a white cop came together to defy the odds? What if they were willing to talk and listen and learn to know one another, to over come their own suspicions, and to push back against the objections to and hostility towards their developing relationship as it eventually flourished into love?

I heard the nay-sayers briefly in my head as I imagined the controversy over my story. It was easily pushed aside as I kept saying to myself, "But, why not?" I did not see the story as an interracial love story, so much as a story about change. But love would eventually be the heart of the story. What if a white man and a black woman came face to face and discovered that they liked one another? What if they took that chance, and followed their hearts, and reaped the inevitably dangers to get to the ultimate reward?

My "what if" story was actually my response to the world that I live in. I grew up in the totally diverse mecca of New York. I had never not known living with, going to school with, working with other people from a wide range of ethnicities and religious persuasions.

But that diversity was not present often, if at all, in the books that I, a voracious reader since childhood, found to entertain and educate myself. The characters in all those thousands of stories never represented me, never looked like me. Yet, I was drawn to the journey of people meeting, their attraction growing despite often predictable conflicts, silly misunderstandings, infuriating interferences, and dumb luck. My story took the boy-meets-girl scenario a notch higher, ten-fold.

When I began writing what would become The Color of Love, I didn’t tell anyone what I was doing, because I wasn’t sure I knew what I was doing. My only guide to what a manuscript looked like was the way the pages were formatted in the novels that I read. I wrote quietly, constantly, and alone. I was quite literally giddy with excitement. I wrote in a flurry of white paper and pencils, rushing through transitions and scenes and plot twists as the story poured forth out of me. I became a conduit for my characters, who seemed to be using me to tell their story so that it would be solidified forever on paper. Their voices in my head trusted me to do them justice.

I was finished with the manuscript in six weeks. It was over 100,000 words, had two subplots, and was told from three different points of view. I was thrilled—euphoric, actually—and somewhat drained. But I knew I had written something important. So I was genuinely stunned when I eventually sent my manuscript to publishers, only to receive rejections. And the rejections were never about the story not being well written, or a good story. It was always turned down because a) we don’t know how we would market this, b) readers might not be ready for this story, or c) the subject is too taboo.

As I would eventually learn with my own work, I apparently was writing way ahead of the curve. I realized I would have to wait until the world either caught up with me, or I found an editor who got it.

"Ultimately it’s all about love."

Interestingly enough, while I had problems finding a publisher willing to take a chance on the book, I wrote a film script based on my own novel. I did a rewrite to tighten the story and the new title became Barriers. It was quickly optioned by HBO. That contract was the tremendous boost I needed to let me know I had written something unique. Although another script was ultimately selected and produced over Barriers, I was almost immediately offered a second option from Showtime. I was again unsuccessful in getting the project green-lighted, but the experience was worth the affirmation I received that my story had legs, and was being read by TV and film producers and directors. The late director Jonathan Demme remarked to my agent at the time, “tell her to keep writing.”

I reworked the story yet again, and the final published title became The Color Of Love. My story themes and ideas are complex. They are realistic, grounded in the real world issues of race, redefining friendship and family, and who is American. Ultimately it’s all about love.

Related: Romance by the Book: For Saps and Cynics

Love is the one binding factor in everyone’s life. It’s what everyone hopes for, works toward, and believes in. Love and understanding can overcome more than it’s given credit for. And it is universal. There is far more that makes us, as human beings, the same, than what separates us. I have never been afraid to use my stories to dig deep and find the heart of the matter. The ‘matter’ is always people coming together to figure out how to keep love real.

Sandra Kitt is the author of more than twenty novels, including The Color of Love, Significant Others, and Close Encounters, as well as numerous short stories. Her work has been nominated for the NAACP Image Award and has appeared on the Essence and Blackboard bestseller lists. She is the recipient of the Romantic Times Lifetime Achievement Award and the Zora Neale Hurston Literary Award. A native New Yorker, Kitt previously worked as a graphic designer, creating cards for UNICEF, illustrating books, and exhibiting her own work, which is included in the collection of the Museum of African American Art in Los Angeles. She formerly served as the managing director of the Richard S. Perkin Collection in Astronomy and Astrophysics at the American Museum of Natural History.