13 YA Books for Fans of John Green

It’s difficult to deny the cult following John Green’s novels have garnered—Nerdfighters, DFTBA!—though not too difficult to understand why. Sitting in the upper echelon of today’s Young Adult fiction, Green has a spooky, John Hughes-ian knack for creating characters that readers can either relate to or live vicariously through—whether they are mysterious rebels, badass cancer-fighting warriors, or just kids falling in love.

So if his seven novels—his latest,Turtles All the Way Down, was just released in October—aren’t enough to satisfy that Green thumb of yours (and we’re sure they’re not), then here’s a list of 13 YA novels perfect for every fan.

Deliver Us from Evie

Leading a quiet, conventional lifestyle with his parents and two older siblings on a farm in Missouri, Parr Burrman never thought he’d soon have to grapple with religion, his classmates’ disparagement, and his sister’s sexuality. When Evie Burrman finds herself falling for Patsy Duff—the enigmatic, privileged daughter of the banker who holds the Burrmans’ mortgage—rumors fly. When Parr falls for a girl from a fundamentalist family who fears homosexuality like the Black Plague, he must deal with a moral and internal battle within himself. Deliver Us from Evie offers up sympathetic, evocative characters that’ll feel like friends in no time—or like friends who make you cry, but in a good way? 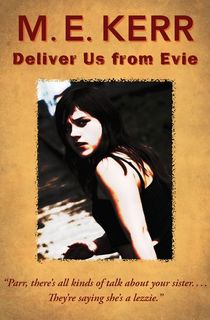 The Perks of Being a Wallflower

No, this isn’t on the list because of the 2012 movie adaptation’s killer soundtrack and indelible performance by Emma Watson, but those are also terrific reasons to pick up the book. Chbosky’s coming-of-age cult classic is as heartbreaking as it is charming and entirely refreshing, no matter how many times you’ve read it. Following Charlie, a quiet and observant wallflower, the story weaves through all the fringes of adolescence: love, loss, sex, drugs, friend drama, family drama (lots of that), and The Rocky Horror Picture Show. In the moment you finish it, you’ll swear you were infinite. Or something like that. 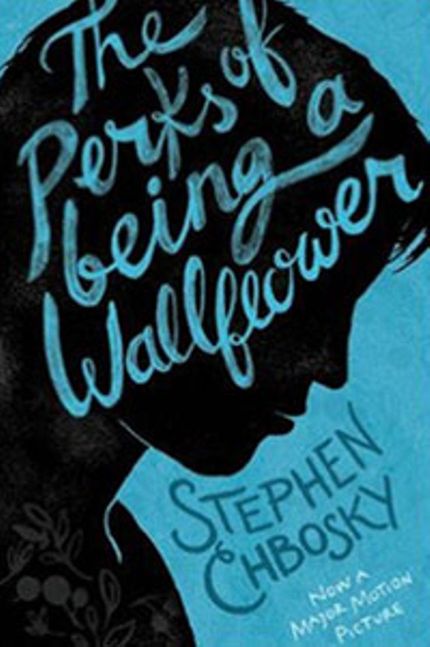 For Brianna, there is weight in numbers. And as a math whiz with a near-certainty of being admitted to MIT, she has only one issue to face: surviving another year—literally. Diagnosed with cystic fibrosis and a fatal timeline, Brianna’s story is emotionally poignant and reminiscent of The Fault in Our Stars. She makes sense of life and her undue odds in numbers, discovering the infinity that exists between the ages of 18 and 19. A perfect read for those seeking a tearjerker, or for those friends complaining about their Algebra II homework. 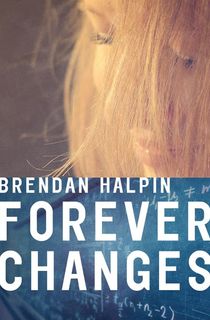 Me and Earl and the Dying Girl

“I have no idea how to write this stupid book,” begins the novel’s narrator, Greg, thus beginning the intimate and ever-revealing relationship with his readers. He also reveals his strategy for surviving the complete crumminess of high school: to lay as low as possible and make mediocre-at-best films with his friend, Earl. This keeps him treading the adolescent waters quite nicely until the day his mother throws him out to the deep end; when she forces him to befriend a girl with cancer.

After racking up the awards at Sundance last year for its film adaptation, carrying out themes similar to The Fault in Our Stars and Perks of Being a Wallflower, and proving to be probably one of the funniest books you’ll read about death, this book is like a win-win-win for us. 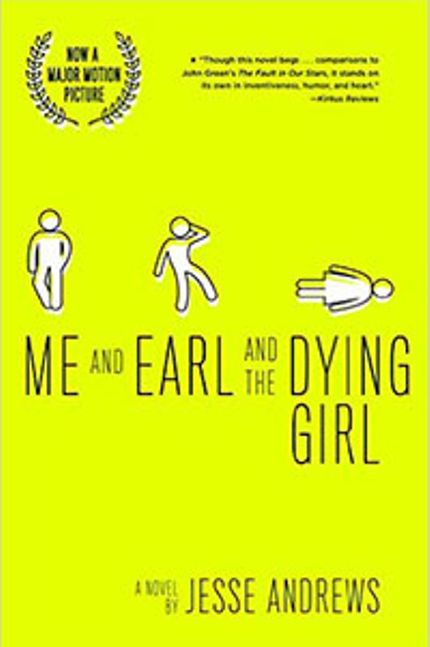 Kumquat May, I’ll Always Love You

Olivia Greene’s mother, Luna Lee, went to the market for margarine one day and failed to ever return. For fear of being sent to live with her wretched uncle and cousins, Olivia simultaneously deals with the absence of her mother while devising intricate schemes to convince the Kumquat locals that Luna Lee still lives at home. However, when the ridiculously attractive Raymond Mooney moves to town under mysterious circumstances, the blueprints of her carefully constructed life begin to falter beneath the weight of her secret. Grant creates a protagonist equally relatable and enigmatic—as if the deliciously punny title weren’t enough to make you eat this book up. 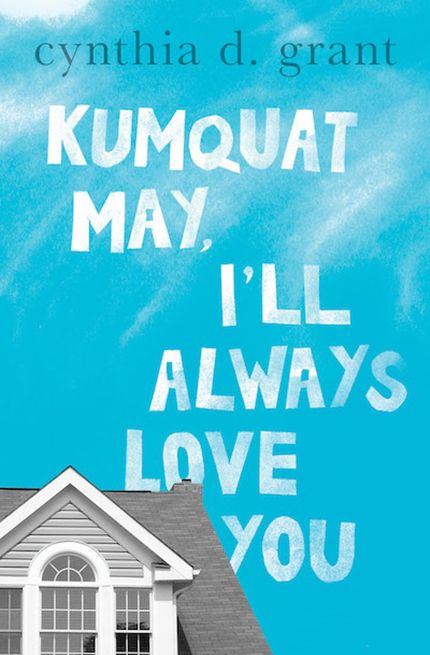 Rowell’s debut novel was released just three years ago and somehow already feels like a YA classic. Set in 1986 over the span of just one school year, the story follows Eleanor and Park, two star-crossed lovers who are too smart to believe that first love can last forever. But they’re brave enough to try. Whether you’re transported back to the 80s or to memories of your first love, Eleanor & Park is sure to be a nostalgic, heartwarming read. 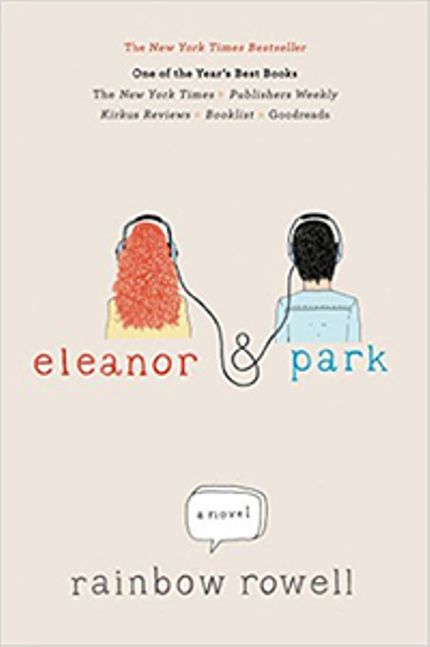 Doing what any true-blue book lover would do on Christmas, Becky Seville gifts her hard-to-shop-for family a self-help book about using positive thinking to make your dreams a reality. All agreeing that this year is going to be different—that they’re no longer going to let fear stunt any chance to achieve their goals and chase their dreams. The Sevilles write their greatest wishes at the front of the book and brace for the best … except when Becky wishes for a date with her hot new neighbor and finds it’s not all it lived up to be. The Dream Collector is a classic “careful what you wish for” fable with a tender and bittersweet edge. Alternatively: an exposé on the perils of the self-help book section. 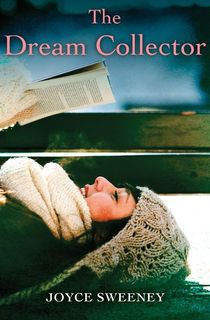 All the Bright Places

Theodore Finch is enamored with death and constantly thinking of ways to kill himself, but fatefully escapes it every time. Violet Markey lives for the future and the day she can leave her small Indiana town, but is unable to escape the grief of her sister’s death. When these two unlikely souls meet on their school’s bell tower one day, their instant chemistry becomes alchemical. Previously sitting pretty on the New York Times bestseller list and soon to be a major motion picture starring Elle Fanning (!), All the Bright Places is a no-brainer for Green fans. 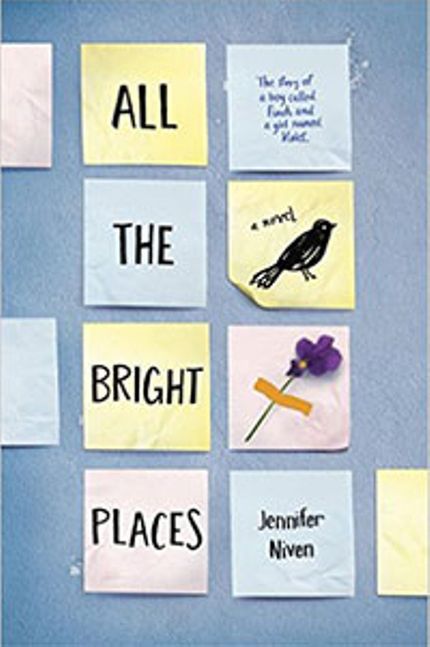 The Opposite of Love

The unlikely lovebirds, Rose, an unknowable wild girl, and Chase, a doting boy with an inescapable past, are self-proclaimed “disappointments”—attracted to each other by a force that’s much bigger than their demons … but not big enough to keep them together. After they’re torn apart, they receive a strangely cryptic email on Christmas Eve, forcing them to reexamine their tumultuous relationship with the hope that they’ll find each other again before the night ends. With echoes of Paper Towns, these enigmatic protagonists will have you hooked—or avoiding your inbox for the unforeseeable future.

The Other Half of Me

The threads that define family are often loosely knit. Jenny Fitzgerald, an artist who never quite fit in with her sports-fanatic parents and twin half siblings, grows used to being the family outcast—even if her parents don’t understand her art and her siblings’ close relationship often hurts her. However, she’s after something deeper, a place of belonging. After consulting the Donor Sibling Registry, Jenny discovers her other genetic half, another girl born from Donor 142: Alexa, her witty and impulsive biological half sister who ends up putting color in this black sheep’s world. 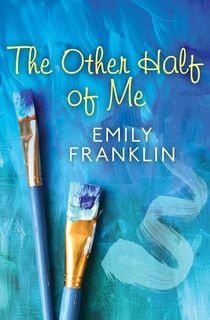 I’ll Give You the Sun

Another well-deserving New York Times bestseller (among other accolades), I’ll Give You the Sun is the story of the inseparable relationship between Jude and her twin brother, known earlier on as NoahandJude. Noah is shy and reserved, constantly drawing, and falling in love with the boy next door. Jude is a rebel child brandishing bright lipstick and a louder personality. One day, these burgeoning twins find themselves barely speaking at all, drifting apart in equally shattering directions. It’s a brilliant, melancholy, beautiful read. And if you catch yourself reading it and crying in public, you can always just say you have a bit of sun in your eye. 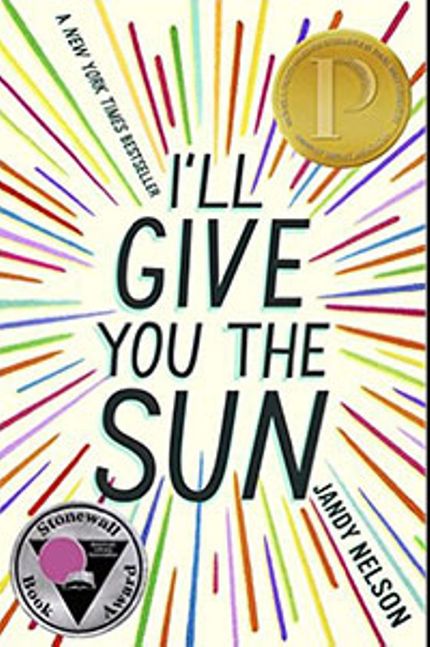 Evie finally decides to spend her senior year in public school after being homeschooled by her counterculture mother (and your Freshman-self thought the gym locker room was daunting). She’s a bit offbeat; confident, opinionated, and entirely independent, Evie navigates the social minefield of high school with the rulebook thrown to the wind and a few unconventional ideas up her sleeve. Filed under: challenging assumptions and social boundaries, friendship, and total bad-assery. What was that thing about wanting to live vicariously through YA characters again? 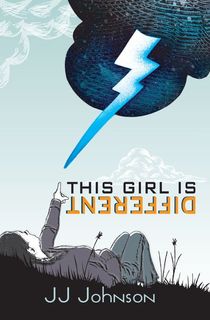 When We First Met

The month of March is cursed for Jenny. It brings with it grayness, gloom, and memories of her sister who was killed by a drunk driver two years ago—a loss her family has struggled to recover from. March is also when she meets Rob, a new guy at school with whom she shares an undeniable, impossible-to-ignore chemistry. But what Jenny doesn’t know when they first meet is that Rob’s mother is the driver who killed her sister. Unable to be apart, they question whether they’re betraying their own families—and if they can both transcend their dark pasts to be together. 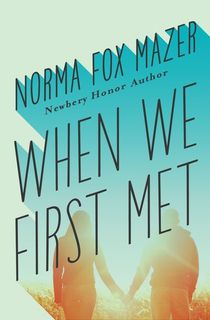