Sexy Excerpt: All In

By XOXO After Dark

This post was originally published on XOXO After Dark.

Read a sexy excerpt from Gabra Zackman’s All In, but be warned–there are both PG and R rated excerpts below.

The Bod Squad, a globe-trotting team of kickass investigators, is back—this time, racing off to Morocco for another adventure. But there’s nothing like a little danger to make the sparks fly in the squad. Despite working together for years, computer technician Lisa Bee and undercover spy Jackson have managed to rein in their ever-growing chemistry and keep their relationship platonic. But staying in close quarters in a country where even the air is tantalizing is bound to magnify the pull between them. Will this new case finally make Lisa Bee and Jackson give into their undeniable attraction?

Lisa Bee smiled. Jackson was certainly predictable. Girls, girls and more girls. She said, “I think it’s great that you’ve had such a checkered past but I don’t need to hear about it every two seconds. Tell me something else. Give me more about you and Mahmoud. It sounds like you had a lot of fun together.”

“Oh yeah,” Jackson said with a smile. “Mahmoud was the best friend ever. In some way I think this place made me the kind of man I am. We’d explore from dawn ‘til dusk, leave no stone unturned. Then at night, by the campfire, we’d make up stories. We’d tell each other these crazy tales about traveling all over the world to fight crime and save people—we’d make ourselves the heroes. It was awesome, Bee. I think in some way we wrote the stories that our lives became.”

She looked at him in mystical light of the cave. His eyes sparkled telling her of his youth, and the water of the pool below reflected off his strong features. It was odd that she never noticed how regal he looked, how his profile looked carved out of stone. Thinking she was staring for a bit too long, and not wanting to give him the wrong idea, she said, “And I’m sure you wrote in having sex with plenty of chicks, huh?”

Jackson found himself beyond frustrated. It was exactly what he feared: she only saw him as a player. And now it was even worse than that. He was the one again telling her about his sexual exploits. He was so much more than that, and he needed, fiercely, to let her know.

There was a long silence. They were standing quite close to each other, holding on to the railing that kept them on the stone path. Then Jackson took a step back and looked at her a long time. “You know those days are behind me, right?” he said with utmost sincerity.  “And I meant what I said.  A lot of it is talk, that’s all.”

Lisa Bee laughed. Her laughter echoed off the stone walls that surrounded them. “Oh come on, Jackie! I wasn’t born yesterday. You’re a player! We all know who you are and we love you for it. I mean, come on, you really think—“But her words stopped when Jackson leaned in and pressed his lips to hers.

Lisa Bee was startled for a moment, and lost her breath. Then Jackson took her into his arms and she lost all possibility of thought. Jackson kissed her in a way she’d never been kissed before. The way his lips felt upon hers, the way his arms were wrapped around her—my word! Was he made of pure muscle? And the way his body moved against hers was like the undulating power of the ocean. The moment seemed endless; the kiss deepened to places in her soul Lisa Bee hadn’t dared to go. Then all too soon it was over. Jackson stepped back and Lisa Bee, weak in the knees, sank to the ground. He rushed to help her up, and when she was steady, he stepped back again.

“You ok?” he asked, concern in his eyes. Were his eyes hazel? What was that miraculous series of colors? She had never noticed them before, and would have sworn they were brown. But they were dark green, forest green, a beautiful and unusual color. It took her a moment to find herself under a gaze she had never been held inside before now. Or was it just that she hadn’t noticed?

It took her a long moment to find her voice. “Well. I’m not sure what that was for, but I guess all that experience has done you well.”

His face brightened, and he smiled like a boy. “Do you really mean that, Bee?”

She laughed. “I more than mean it, Jackson. That was… well, that was incredible. I mean—Jackson—wow.”

He laughed, a hearty bass that suddenly sounded to Lisa Bee like the music of the spheres. She could feel his laughter from the tips of her crazy red hair all the way down to her hot-pink-manicured toes. And, frankly, she could feel it in all the places between. The places that had only come alive recently. The places in her that now desperately craved his touch. Whoa, girl, slow the fuck down, she thought, and put her hand on the nearest cave wall for balance.

Want more red-hot romance? No need to beg! Sign up for our newsletter, and get titillating tales delivered straight to your inbox.

It took a moment for Lisa Bee’s eyes to adjust to the light—then she was awestruck. This cave was vast, with rock formations that were heart stopping. Half of the cave was filled with water, surrounded by rock structures that looked like ornate columns or fallen statues of ancient gods. Another part of the cave was dry, and had circular patterns that looked like it had been shaped by a whirlpool. Jackson took her hand and led her to the dry part where he took a camping mat and unrolled it on the ground. They sat next to each other in silence, both taking a drink of water from their water bottles, staring at the natural beauty that surrounded them, listening to the sounds of water droplets hitting the pool in front of them.

Lisa Bee could feel her heart beating in time with the droplets, the pitter patter of her heart so loud she wondered if Jackson heard it. She was so turned on now, and so near him that she didn’t know if she could keep herself contained. She reached a hand over to rest on his thigh; it was, it seemed, all he needed. He threaded his fingers through her hair and pulled her lips to meet his.

Her world exploded with this second kiss, richer, deeper and sexier than the first. It was so sensual here in this cave, dark, moist, silent and stunning. They were both ready to explore each other the way they were exploring new terrain. Their bodies came together. Jackson gently put his tongue in her mouth, teasing her, tasting her, entering her but giving her the freedom to back off or pull away. She did neither. Instead she grabbed his hair and pulled him to her, laying down on the mat, urging him on top of her, wrapping her legs around his body as he did so. God, she was on fire! She needed him with a desperation she hadn’t realized she had. She could feel the rigid full length of him rubbing up against the center of her as their kiss deepened further still and oh, wow! What it would be like to have that inside her, to fill the space that yearned for him so completely. It was clear to her that they fit together perfectly, like puzzle pieces. His hands grabbed her ass, lifting her up, readying her to take him inside. If they only had their clothes off…

As if reading her mind, Jackson pulled off her caving harness, her hiking boots, her wet pants and her equally wet panties. To her surprise she took his head and pushed him down to the heart of her, to the swollen place that craved his mouth. He dove in, lavishing her with his lips, his tongue, devouring every single piece of her until she came, screaming his name over and over again.

Jackson was beside himself.  He was so turned on he was about to lose his mind. He looked down at Lisa Bee, half naked, legs spread, moisture running down her thighs. Her skin was so creamy in contrast to all that bright red hair. She was so incredibly gorgeous, so wildly sexy, and she had no idea of any of it.  Here they were, in one of the most exciting and vivid places of his young adulthood, the place where he had learned to explore, to camp, to use survival skills. Having this woman here with him was like a dream come true. 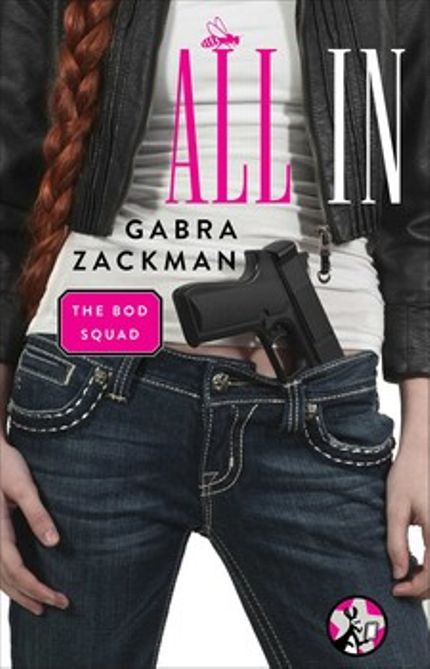 10 Romances You Must Read Before You Die

Want more red-hot romance? No need to beg! Sign up for our newsletter, and get titillating tales delivered straight to your inbox.