A beautiful young girl and a penniless doctor are headed for heartbreak...

A fated meeting, an undeniable connection, and a love story bent toward disaster. Is there any hope for a happy ending?

Set in 1950s Florence, the kind-hearted, loving, and impatient Chiara Ridolfi is ready for marriage. However, she’s run into a bit of trouble. The man she’s set her sights on is the practical and penniless doctor Salvatore Rossi, who has successfully shut away his emotions. Hoping to coax the doctor into marriage, Chiara enlists the help of her witty girlfriend Barney to assist in this endeavor. But no one is prepared for what ensues.

Penelope Fitzgerald’s Innocence tangles obsession, passion, and the mistakes we all make in our youth together in a fierce and sprawling novel that redefines what it means to be “innocent.” Told with charm and wit, readers will bask in the budding relationship between Chiara and Salvatore as they learn that love in life doesn’t always come easy.

Read on for an excerpt from Innocence by Penelope Fitzgerald, and then download the book. 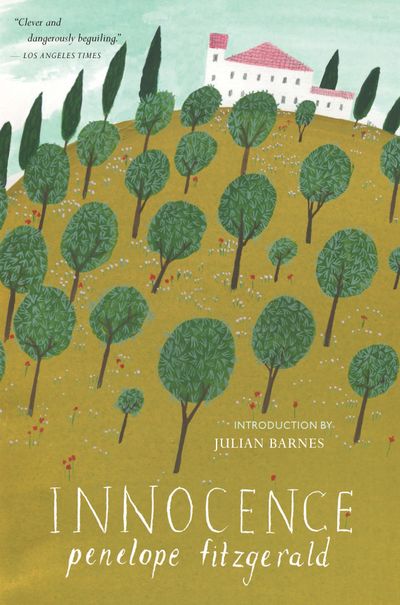 On their first appearance Chiara’s dresses were thought peculiar, but not peculiar for the Ridolfi daughter. You had to consider that childhood of hers, shut up with her aunt during the war in the three-times-requisitioned Villa Ricordanza. Now that the girl was back from the school in England everyone wished her well, so hopeful and shining, so full of projects, so ready to regard the world as a friend. But meanwhile, how could Maddalena let her go out to the May concerts in those garments which she had apparently designed for herself and which, like her convent uniforms, must have been run up on the machine at home by Annunziata? The little necklace looked well, however. Where had that come from?

On that April evening, at the Teatro della Pergola, a pianist and a violinist were confronting not so much the audience as each other. The young energetic violinist, dark, sweaty and smelly, only just confined into an evening suit and white neckcloth, was a true Central European gypsy, defying restraint and security, as his music did. The rather older man at the piano was pale and balding, with discreet spectacles and, emerging from his cuffs, long-wristed hands whose gleaming fingertips each seemed to have an independent life. Chance and the demands of a career had bound them together, but only just, for the duration of Brahms’ third violin sonata, a work which, so the programme said, ‘reunited Brahms and Joachim after a rift of several years’.

Before the slow movement the violinist retuned with a coarse, exuberant tzigane flourish, the pianist unobtrusively winced, then, as the music resumed, leaned forward to his keyboard in deep quiet intimacy, as to an old acquaintance, while the violinist forced obedience under what seemed the threat of instant destruction from his tiny, melodiously protesting instrument. His sweat flew visibly. The pianist raised, only once, his pallid eyelids to heaven. And to think that politicians, at that time, dreamed that Europe could become a unity! Here was a representative of one of the finest-tuned of the human species, condemned in the name of music to this unlikely partnership. When all was over, the violinist, as was his right, left the platform first and returned exultant to take his bow, while the pianist following him, was almost obscured from sight by the resplendent woman who had been turning over his pages for him.

The Count never went to concerts, for fear of being trapped into listening to something that did not please him. Chiara was there with friends. It was old, or ageing Mimi, an acquaintance of Aunt Mad’s, who introduced her during the interval to Dr Rossi.

“My dear child, I want you to meet Dr Rinaldi, no, Dr Salvatore Rossini, no, Rossi, who is doing me so much good.”

Chiara gave the doctor her hand.

“You enjoyed the Brahms?” he asked.

She looked at him politely, but in wonder.

Perhaps we might agree about everything, Salvatore thought. No-one ever agrees with me, but she might. However, it was as if another voice said this while his rational mind was occupied with a feeling which he wished to think was either amusement or disgust at the sight of a young girl wearing a diamond necklace worth—here he left a blank, for he had no idea what it was worth and it might after all be an imitation, but why should I care, he thought, I’m not a shopkeeper—wearing it in any case as if she didn’t know she had it on, and quite without the elegant gesture, the Grace Kelly gesture, of lightly touching the jewels with one hand. Perhaps this young woman didn’t know how to be elegant, or perhaps Grace Kelly didn’t. He felt deeply irritated. He had an intimation that he was lost.

Mimi, launched on the subject of suffering, was still beside them. “You don’t know yet, Chiara, I’m glad to say, how much good one has to have done to one. To the back in particular.” She hunched her shoulders, looking for a moment like a kindly old pedlar. “You know nothing till you’re thirty-five, then everything goes at once.”

“If it’s your back, signora,” said Chiara politely, “I believe they can do wonders now.”

“Oh, but my dear, I’m told that they knock you about like drunken cabmen. They throw you from hand to hand. They listen to your bones, they listen for the click. And so I’ve decided that it’s not my back, but my nerves.”

This girl agreed with me about the sonata, Salvatore repeated to himself. She wouldn’t lie to me, she is the sort who doesn’t tell lies even in a concert hall.

Mimi, a wanderer by nature, had wandered away, and Salvatore abruptly asked Chiara to come outside with him for the rest of the interval.

“Oh, but I came with some friends.”

“What friends? Who are they? If they came with you, why aren’t they here?”

“Only two of them, they’re fetching me some coffee.”

“Fetching coffee is for people who can’t think what else to do next. Come out with me a little.”

They went out together onto the entrance steps. It had been fine weather when the audience arrived, but there must have been a change since the concert began and the sky was now a darkish olive-green, only streaked with light to the southwest, over the river. The air was damp and caressing.

“Come out into the warm rain,” Salvatore said.

“Well, try it, try it. Come outside, put out your tongue, taste it.”

Chiara sat through the second part of the performance in a lightly damp condition, like washing, she thought, brought in from the line sooner than it should have been. Her hair was flattened down and the rain had given her cheeks a striking pale rose colour. Her own friends said nothing, but from her seat two rows further forward, made a light-hearted pantomime of rubbing with a towel. The Alessandri had noticed also, and were not quite so much amused, nor were Mr and Mrs Swinburne-Cacciano, or the Quaratesi party, or the ancient but inflexible Marquesa Cardoni. Their silent systems of communication and warning were the same, in 1956, as they would have been thirty years earlier. A dictatorship, a war and an occupation had not been sufficient to change them. Yet Chiara herself was so poor a Florentine that she listened to the second part of the concert, which was much more successful, without noticing that anyone was looking at her.