A debutante seeks revenge on the dashing pirate that kidnapped her in the regency romance book, "Beautiful Tempest."

A handsome pirate in disguise, a debutante out for revenge, and a high-seas adventure—what more could you ask for in this sweeping historical novel? The twelfth book in Johanna Lindsey's Malory-Anderson Family series finds the families banding together to make the man who kidnapped Jacqueline "Jack" Malory from her own debutante party pay. But all is not what it seems in this sexy love story.

Now available in paperback, A Love So True—in partnership with Simon & Schuster—is giving away 25 copies of Beautiful Tempest, by Johanna Lindsey. Enter to win this regency romance novel that is sure to charm you.

Enter your email address for a chance to win a copy of Beautiful Tempest, by Johanna Lindsey.

By submitting your email address you agree to receive emails from A Love So True and Simon & Schuster.

#1 New York Times bestselling author Johanna Lindsey brings her “signature blend of witty writing, charmingly unique characters, and a sexy love story” (Booklist) to the tempestuous tale of Jacqueline Malory, whose furious thirst for revenge leads to a confrontation with the handsome pirate who abducted her—and sparks a much steamier kind of desire.

For the first time, James Malory and his in-laws agree on something: it’s payback time for the culprit who kidnapped James and Georgina’s beloved daughter Jack from her debutante party and whisked her away to the Caribbean. James has finally figured out who masterminded the dastardly plot and is leading a fleet of ships to the West Indies to deliver some Malory-style retribution.

More interested in revenge than in finding a husband, Jack is furious that her father left her behind. So she decides to track down her abductor herself, but as Jack re-engages in a battle of wills with him, she realizes that he is no ordinary pirate. In fact, he may not a pirate at all, but a nobleman determined to settle a score that dates back to the days when her father was known as Captain Hawk—and what endangers her most is the increasingly passionate attraction they feel for each other. 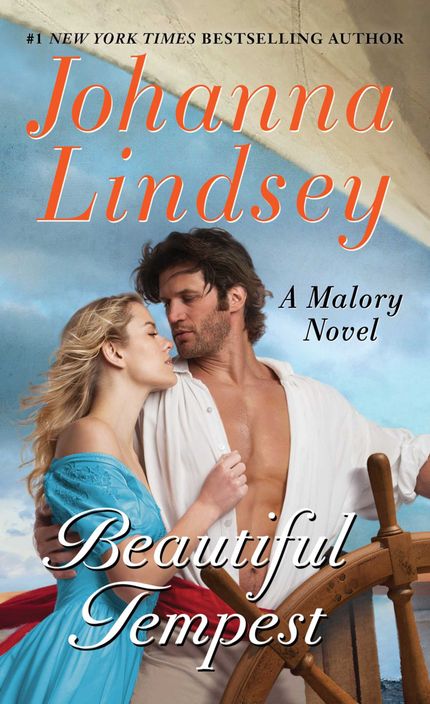 Note: The sweepstakes is open to all legal residents of the 50 United States and Washington, DC who are 18 years of age and older by 2/5/18.