On a gloomy Sunday in New York City, romance author Colleen Hoover brightened up the room at New York Comic Con. Taking a break from her Without Merit tour, Hoover talked to A Love So True about her latest book, conquering new genres, and the charity work she and her family are doing.

Congrats on Without Merit! It’s a little different than your usual novels, as the romance element is a side story, and it focuses more on family drama. What made you want to branch out into a new genre?

Colleen Hoover: I actually got this idea about three years ago, and really wanted to write about this girl Merit, but just hadn’t found where it could fit in yet. And after It Ends With Us, which is such a heavy and emotional book, I just needed an emotional break. I felt like Without Merit was kind of the perfect one to go back to. 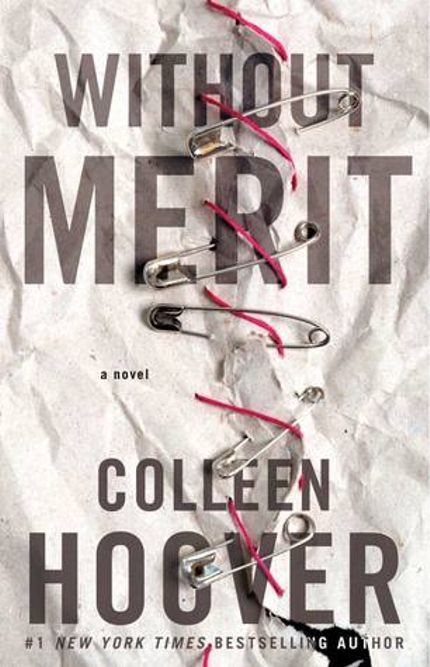 The plot of Without Merit centers on family secrets. What made you want to write about a dysfunctional family?

I love Wes Anderson films. Those are some of my favorite movies, and I kind of wanted to explore that and write about my own weird family. We’re a pretty weird family—my family is, you know, pretty strange. So that inspired this a little bit, but I just wanted to have fun with it.

I feel like it’s also a very relatable subject: everyone has some sort of dysfunction in his or her family, too. Do you feel like you connect with Merit the most, or a different character in the book?

I actually don’t really connect with Merit. I had a very different teenage experience. I never dealt with depression in that way, so I had fun time exploring her character being someone completely different from who I am or who I was when I was that age.

As you mentioned, your previous novel, It Ends With Us, deals with some pretty serious issues involving abuse. In Without Merit, you tackle depression and mental illness. What made you want to bring awareness to those issues that you haven’t before?

I actually start my books not knowing what they’re going to be about. In It Ends With Us, I had an idea for where that story was going to go because it was inspired by my parents, but in Without Merit I didn’t really know where that story was going to go and that’s just kind of where the character took me. I write to entertain, I write to educate and warn; so when those kinds of topics come up in the book, to me it’s just sort of a natural progression. Lots of teenagers deal with [those issues], and that’s just how it turned out [in the book]. I wasn’t going into it wanting to make a statement or point.

It Ends With Us 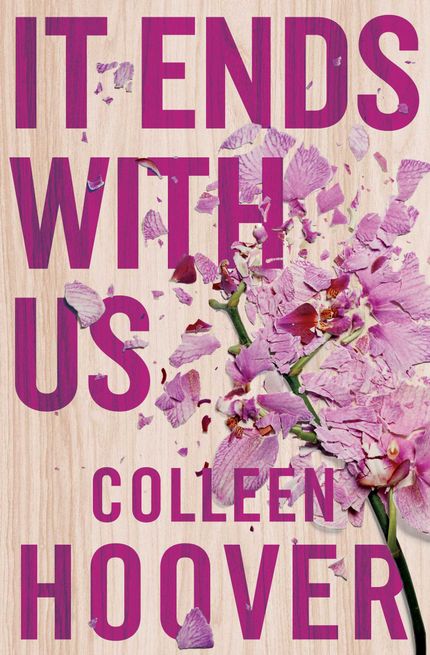 The romance plot is more of a subplot in the book, but it’s absolutely still there. Can you tell us a little bit about [Merit and Sagan’s relationship]?

I wanted something a little different this time. I felt like because the story was so focused on the family, I didn’t want their romance to be front and center, and I liked how subtle it was and how he helped her become aware of what she was dealing with. Because sometimes it takes someone from the outside of a family to see how it’s really functioning, and I liked it. It was different. I’ve never written that subtle of a romance before.

Do you think you’ll write more romance books, or try to branch out to different genres [like you did in Without Merit] in the future?

I love romance. My next book is called All Your Perfects. It comes out in July and it’s very angsty. It’s about a couple, and it goes back and forth between when they met and their marriage, and I’m really enjoying that. I love to write romance, but I don’t really go into a book with the intention of writing a particular genre—so we’ll see where it goes. My next book is definitely a return to the emotion-heavy, angsty kind of thing.

You had not read romance before you realized that you were writing romance, right?

Right! I was really into true crime. It was so random that I wrote this book and it turned into a romance novel.

In 2015 you started the The Bookworm Box. Could you talk a little bit about that?

That’s a charity that we run. It’s a subscription service and people can purchase a box and it comes with a signed novel. You don’t know what you’re getting, but it also comes with book swag. We launched in March of 2015 and we sold out in four minutes, I believe. We raised $12,000 for charity that day, and it’s just grown from there. We’ve donated over $1 million dollars so far to different charities.

We also have a bookstore in Silver Spring, Texas, too, and all the books are singed and donated by the authors.

That’s amazing. And you and your family run [the bookstore]?

Yeah, we’ve finally branched out and got a marketing person and a bookstore director a couple months ago, so we’re trying to make it grow.

Yeah, and you know we’re all so busy, to get it to where it needed to be I kind of needed to step down and let someone else take charge because I’m so busy and I travel a lot.

This interview has been edited and condensed.